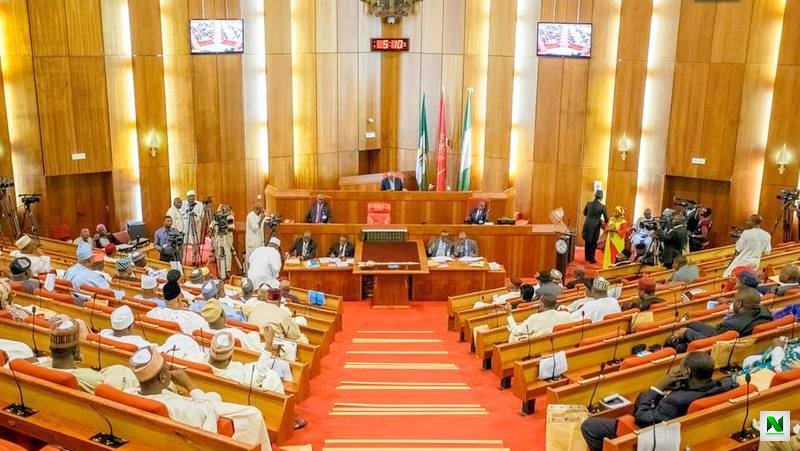 THE Senate said Monday that it is not aware of the Central Bank of Nigeria, CBN Freezing the bank accounts of some leaders of the #EndSARS protesters.

According to the Senate, the governor of CBN, Godwin Emefiele never wrote to it prior to the taking of such a decision.

This came up yesterday when the Minister of Justice and Attorney General of the Federation, Abubakar Malami, SAN appeared before the Senator Opeyemi Bamidele, All Progressives Congress, APC, Ekiti Central led Senate Committee on Judiciary, Human Rights and Legal Matters for the defence of his ministry’s 2021 budget estimates.

The Senate has also raised the alarm that the Judgment Debt profile of the Country has reached an alarming and embarrassing state that must be addressed immediately.

Speaking with Journalists shorty after Malami appeared before his Committee, Senator Bamidele said that the Senate was awaiting further information on the issue of freezing the accounts of End SARS leaders from the nation’s apex bank.

Recall that the bank accounts of some youth leaders were reportedly frozen by the Federal Government over their alleged involvement in the recent #EndSARS protests.

[b]Senator Bamidele who spoke when asked what step the Senate was taking on the issue, he said that the matter was at the moment not before the red chamber.

Senator Bamidele said, “We read it in the news like everyone of us. Our committee is also interested in knowing what is going on in this regard. As it is our committee is neither in a position to either explain or defend.”

The Senator who noted that the legislature would liaise with the executive to know what was going on, said, “We will reach out to the executive. If it is true, we would find out what the stakeholders.

Samuel Eto’o Lands In Hospital With Head Injury After Car Accident (Photos)
“Time To Start Questioning Our Parents” – Denrele Edun Happy As He Meets His Lookalike
Share to...