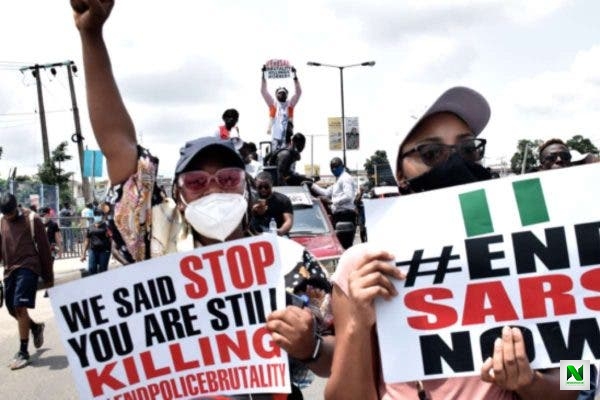 The court, sitting in Abuja, had during the week ordered CBN to unfreeze the accounts of 20 people linked to last Octobers nationwide protests against police brutality and other national issues.

Moghalu, a 2019 presidential candidate, said the courts decision was in order in a statement he signed and made available to reporters on Friday.

"I welcome the decision of the Federal High Court in Abuja, which ordered the Central Bank of Nigeria to unfreeze the bank accounts of 20 #EndSARS protesters frozen late last year following youth protests against police brutality," he said.

The political economist further stated that it was a positive development that the apex bank and the affected protesters reached an amicable decision to end the legal dispute.

He described the courts decision as a victory for democracy, human rights and the rule of law, adding that citizens, including peaceful #EndSARS protesters, "have a constitutional right to protest provided such protest is conducted in a peaceful manner in furtherance of their right to free expression".

Following the renewed calls by youths to embark on another protest on Saturday to demand justice following the Lagos State panel of inquiry decision to reopen the Lekki Toll Gate, Moghalu warned the government against adopting repressive responses to peaceful protesters.

The youths, including some top celebrities in the country have vowed to return to Lekki Toll Gate where security forces opened fire on peaceful protesters in October 20, 2020, to demand justice.

"These accounts should never have been frozen in the first place. I urge our political leaders and public institutions, without prejudice to the need to maintain public order, to engage peaceful protesters on the substance of their grievances, and to resist the temptation to resort to repressive measures. This is part of what the principles of democracy requires", he said.