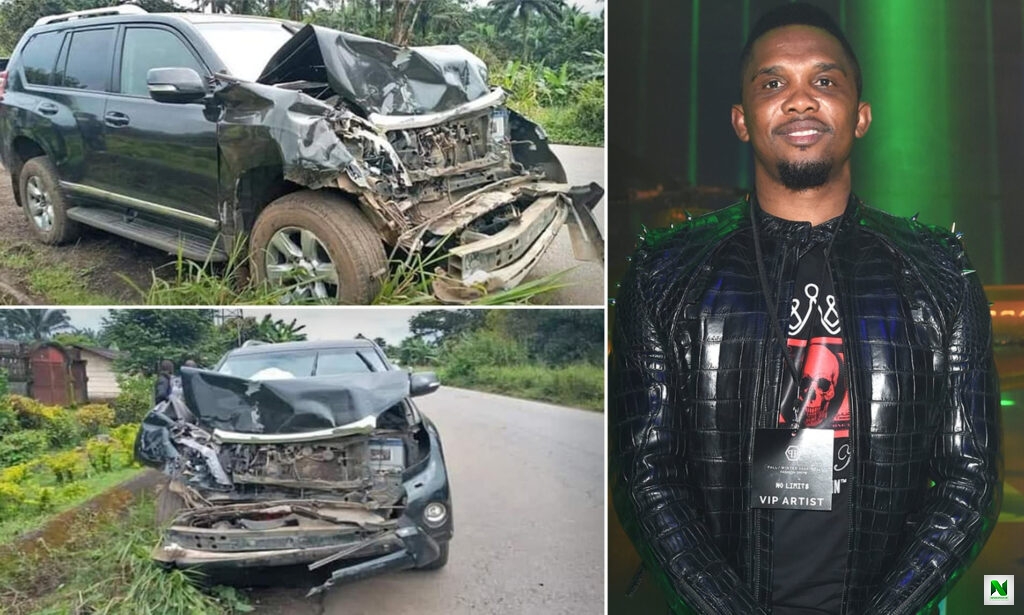 Samuel Eto'o is in hospital with a minor head injury after being involved in a car crash in his native Cameroon, according to reports.

France Football claim the former striker will undergo further examinations at the hospital after his car was hit by a bus.

The collision reportedly happened near Nkongsamba as Eto'o was driving home from a wedding.

Journalist Martin Camus says he has spoken with Eto'o, who wanted to reassure people that he was doing well.

Pictures have emerged of Eto'os car showing the huge extent of damage on the front of vehicle.

Reports say that no one died as a result of the crash, with the BBC quoting one of his relatives.

Eto'o retired from football just over a year ago, after a lengthy and successful career.

The Cameroonian played for Real Madrid, Barcelona, Inter Milan, and Chelsea among many others, winning multiple league titles, as well as three Champions League trophies.

He is also an Olympic gold medallist, and won the African Cup of Nations with Cameroon in 2000 and 2002.

He is the Indomitable Lions' all-time leading goal scorer, having found the net 49 times in 97 games for his country.

Falz To Buhari: You Clearly Know Nothing About Respecting The Will Of The People
Treat Mastorbation: Here Are 15 Rich In Zinc Food To Help Recover Fast
Share to...