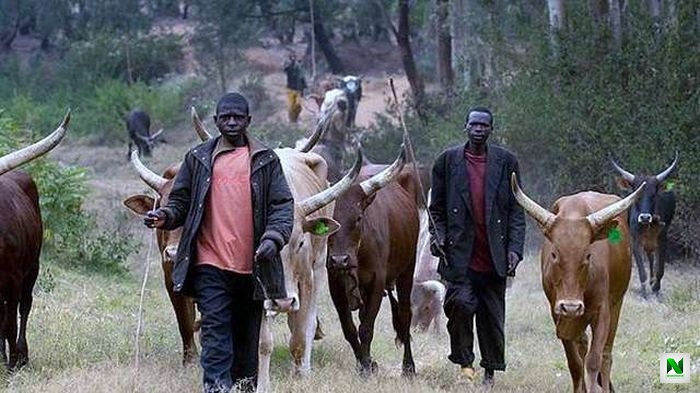 Residents of Igangan in the Ibarapa area of Oyo State on Sunday recounted their ordeals in the hands of Fulani herdsmen.

The community leaders, who spoke during a visit of the state government delegation to the town, stated that they had paid a total of N50m as ransoms for kidnappings carried out by herdsmen in the community.

The community also presented to the delegation, pictures and other evidence of ransoms paid to the herdsmen.

They accused the Seriki Fulani of complicity in the negotiation of ransoms.

The delegation comprising officials of the state and the new Commissioner of Police in the state Command, Mrs Ngozi Onadeko, on Sunday, visited Ibarapa where violence erupted on Friday over kidnappings and killings by herdsmen.

Recall that there was violence at Igangan on Friday when a popular Yoruba freedom fighter, Sunday Adeyemo, well known as Sunday Igboho, alongside his followers, stormed the Fulani settlement in the ancient town to eject Seriki Fulani, Salihu Abdukadir, and herdsmen accused of perpetrating crimes ranging from kidnappings, killings, rape to invasion of farmlands with their cattle.

During the crisis, the Seriki Fulani of Igangan and his family members were evicted from the town and their property torched.

According to a statement by the Chief Press Secretary to state Governor, Mr Taiwo Adisa, Igangan community leaders on Sunday stated that besides the payment of N50m as ransoms, 15 women were raped by the herders in the town.

But Fulani leaders, who attended the meeting, begged for forgiveness, saying the Fulani were ready for peaceful co-existence with their hosts.

The Secretary of Igangan Development Advocates, Lawal Akeem, said the people were tired of the antics of the Seriki Fulani of Igangan, whom he accused of complicity in different kidnap cases.

He also said that the community had been forced to pay about N50 million in ransoms for different cases of kidnapping, while also accusing Fulani herders of regularly vandalising farms and raping women of the community.

A youth in the town, Taiwo Adeagbo, said that no fewer than 15 women had been raped in recent weeks.

A member of the state House of Assembly, Peter Ojedokun, also told the delegation that the peace in Ibarapaland had been stirred by the Fulani herders with the incessant attacks on members of the community, kidnappings and other crimes.

The Caretaker Chairman of Ibarapa North-West Local Council Development Area, Okediji Olusegun, also corroborated the allegations levelled against the Seriki Fulani of Igangan, saying that the Seriki had been fingered in the series of security challenges in the area many times.

Also during the meeting, those who paid ransoms to the bandits presented pictoral evidence to back up their claims.

The traditional ruler of Igangan, the Asigangan of Igangan, Oba Abdulazeez Adeoye, whose cousin was kidnapped tendered the evidence of the ransom he paid to secure his release.

Residents also stormed the venue of the meeting with photographs of those who were killed and those who suffered attacks in the hands of criminal herdsmen.

Oba Adeoye confirmed to one of our correspondents that victims and their families came to the meeting with photographs to back up their claims.

He said, “Our people brought photos. I also showed the evidence of ransom paid for one of my children.”

The PUNCH gathered that despite that Seriki Fulani in Igangan had fled, there were still some Fulani living in the midst of the people in the town unmolested.

The Convener Igangan Development Advocates, Mr Oladiran Oladokun, confirmed this to one of our correspondents.

Some youths were also bearing placards, with inscriptions, which condemned the atrocities perpetrated by herdsmen in the community.

The Commissioner of Police, who led senior police officers, including Deputy Commissioners of Police and Mobile Police Commanders on a tour of Igangan, Tede and Ago Are communities, urged the residents to toe the path of peace.

She expressed the readiness of the police to carry out a thorough investigation to ensure justice for victims of kidnappings, rape and other crimes committed in the areas.

While addressing traditional rulers, government officials and Fulani leaders in Igangan, Onadeko said, “We have come to assess and listen to you over the incident. I want to appeal to everyone of us to be calm and ensure there is peace. If there is no peace in the community, there won’t be growth and development.

“I want to appeal to the youth. We have listened and they have interpreted all your complaints and I want to say you should not spoil your case by using force. We are a new team. Bring out all the cases you have, put them in an orderly manner and we will make sure that justice is done.

“It does not matter where you come from – whether you are from Igbo, Yoruba or Hausa. Actually, we have the good and bad ones. Criminality is not only ascribed to a particular ethnic group, it cuts across all the ethnic groups.”

Stating that nobody should take the law into his own hands, Owoseni stressed the need for the people to be vigilant in order to identify criminal elements among them for prosecution.

He debunked insinuations that the Makinde-led government had abandoned the people to their fate, adding that at least, 51 suspected kidnappers, rapists and bandits from the Ibarapa and Oke Ogun axes were in police net.

Owoseni, who said, “If you see something, say something,” added that government would ensure that in the communities.

The Olugbon of Orile Igbon, Oba Francis Alao, who is also the Deputy Chairman of Oyo State Council of Traditional Rulers, appealed for peace, saying that the state could only develop in an atmosphere of peaceful coexistence.

Also in a statement on Sunday, Onadeko vowed that those responsible for the arson and other criminal activities in the town would be apprehended and brought to justice.

She said this on Sunday in a statement by the Police Public Relations Officer in the state, Mr Olugbenga Fadeyi.

Recall that the leader of Indigenous People of Biafra, Nnamdi Kanu, had earlier warned the CP against being used to arrest Igboho.