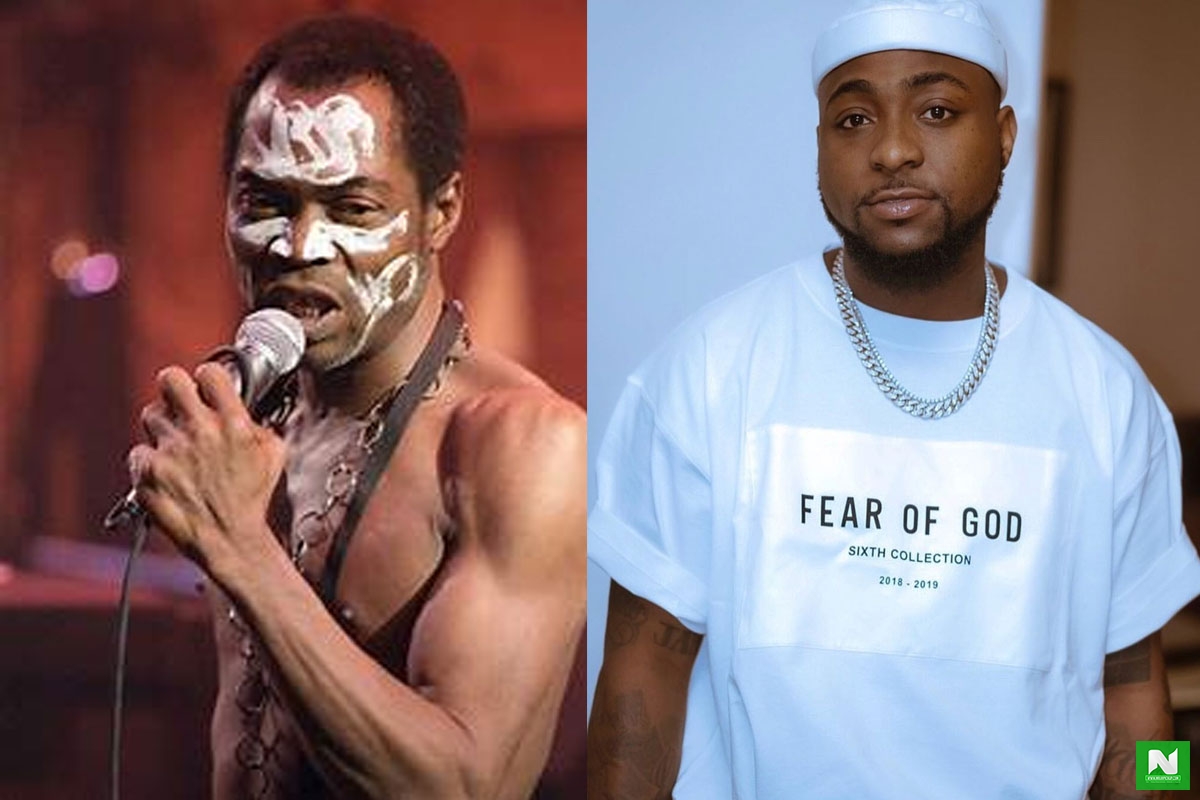 Controversial Nigerian actor, Uche Maduagwu, has heavily descended on Afrobeat icon, Davido, over the way he responded to questions during a one-on-one closed door meeting in the IGP’s office.

According to Uche Maduagwu, Davido is a disgrace to everything legendary musician, Fela Kuti stood for and more for allegedly denying that he protested against the Police.

On Monday, Davido met with the Public Relations Officer of the Nigerian Police Force, Frank Mba to hold deliberations on lasting solutions on #EndSARS protest and police brutality.

In the closed-door meeting, Davido was asked by Frank why he has come to have talks with the Police after taking sides with protesters against the police.

Many slammed Davido for shaking during his convo with the law enforcer and Uche Maduagwu has weighed in the matter and he is of the view that Davido denied #EndSars Protesters like Peter denied Jesus.

May God never allow #Erica or Wizkid and the brave nigerian youths see the mumu diplomacy that will make them deny being part of the laudable and great #endsars protest in #naija.

#Obo is a disgrace to everything #fela stood for and more, ordinary #ig office, they have allegedly denied being part of endsarsnow in #abuja like peter denied jesus, is that cowardice or #bbnaija5 diplomatic myopia?

#EndSARS: Wizkid Says “Made In Lagos” Will No Longer Drop On October 15
Actress Rachel Oniga Died From Heart Disease Not COVID-19 - Family Releases Statement
Share to...