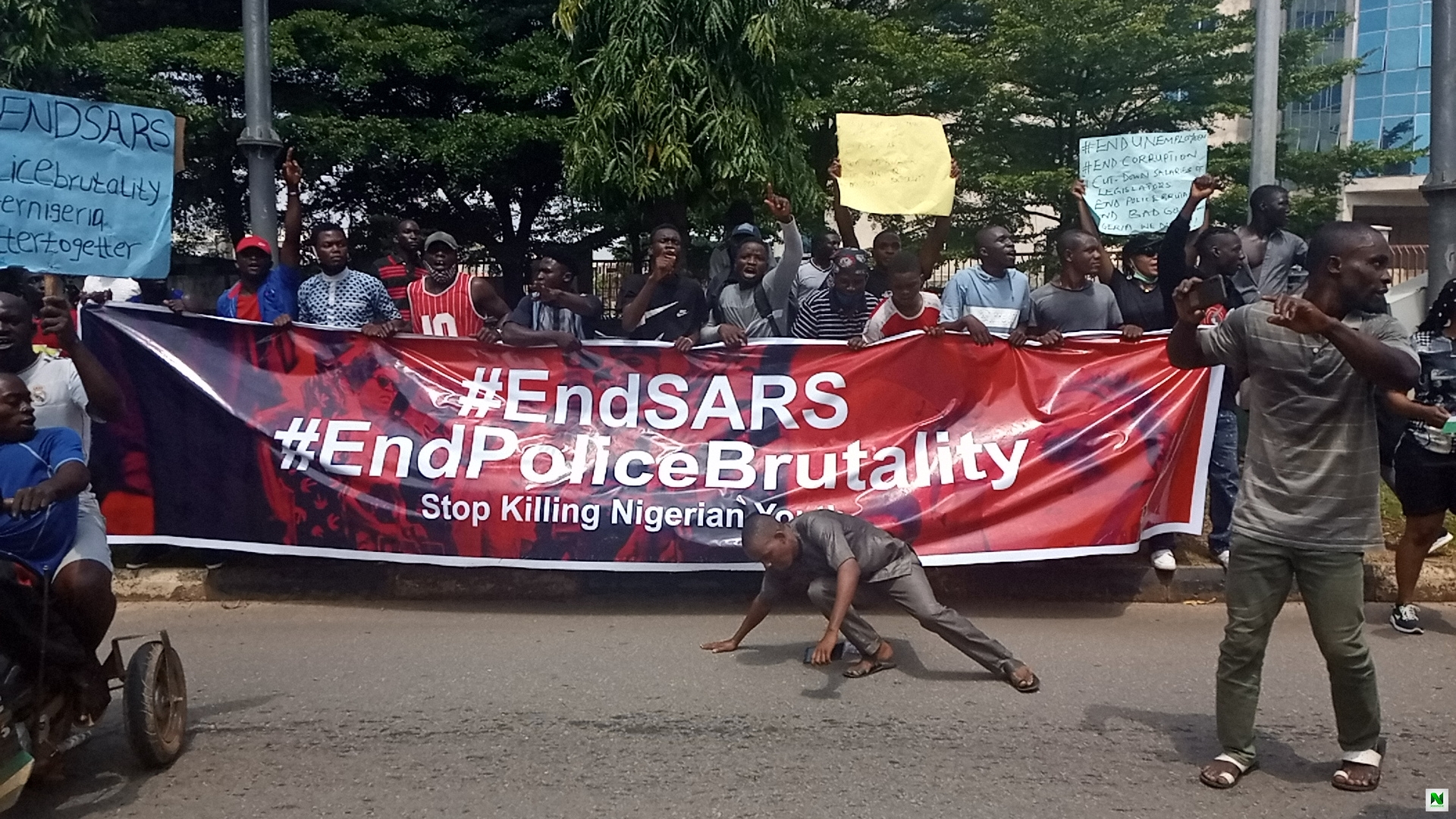 A court in the Federal Capital Territory (FCT), Abuja, on Monday discharged four out of six protesters arrested in November for demonstrating outside the National Assembly.

Last year, the nation was swept by weeks of widespread #EndSARS protests sparked by anger over brutality from the police’s loathed Special Anti-Robbery Squad (SARS).

The government disbanded the unit and pledged reforms but still struggled to contain the largest challenge to Nigeria’s governing elite in decades.

The six defendants were arrested on November 8, 2020 and charged with unlawful assembly.

Defence lawyer Henry Akwaji requested the case be dismissed because the prosecution team was absent from court on Monday.

The court agreed and dismissed the case due to a lack of diligent prosecution.

The remaining two, Yasidu Bashiru and Kabiru Garzali, according to AFP were absent from court due to illness. The case against them was adjourned until March 24.