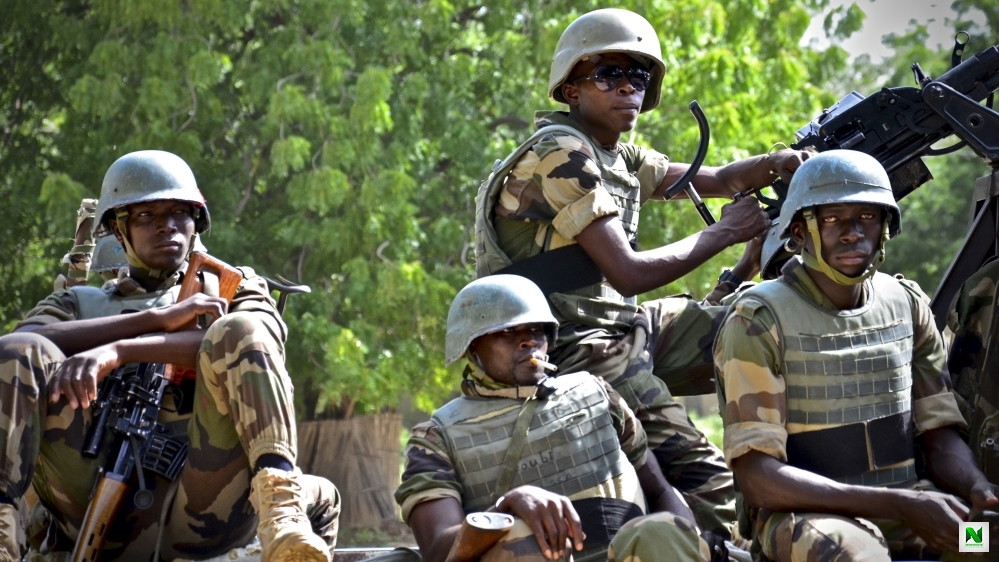 Baring any last-minute change, the Nigerian Army will on Tuesday give soldiers recently killed on the front in the fight against insurgency a ‘secret and undignified burial’, multiple military sources told SaharaReporters.

In the last one month, Boko Haram terrorists have targeted soldiers, waiting in ambush for them.

About three soldiers were killed on Friday when the insurgents engaged the military in a four-hour battle to take control of Dikwa town in Borno State.

The attack happened few hours after Lieutenant General Tukur Buratai handed over to Major General Ibrahim Attahiru as the Chief of Army Staff.

The gun battle, which started around 6:00pm and lasted till around 10:00pm, claimed many casualties, including soldiers.

On January 22, 2021, the group ambushed and fired machine guns at a Nigerian army patrol in Borno State, killing seven soldiers and injuring others. Also, an ATV and ammunition were captured by the gunmen.

The attack occurred barely five days after the gunmen activated seven IEDs against a Nigerian Army convoy of Armoured Personnel Carriers and other vehicles, escorted by a foot patrol in Gorgi in Borno State.

According to military sources, over 30 soldiers were killed during the ambush. The gunmen also destroyed three vehicles and an armoured vehicle.

However, a major in the army told SaharaReporters that plans had been concluded by the military authorities to conduct a ‘secret’ burial on Tuesday for some of the dead soldiers whose bodies are still in the mortuary.

He accused the army authorities of failing to open up on the fate of fallen soldiers to their families.

“They will be buried on Tuesday at a cemetery here in Maiduguri. Unfortunately, the military failed to open up on the fates of most of these fallen soldiers to their families. The army authorities have yet to inform families of some of these dead soldiers who they plan to bury tomorrow, how will you bury someone whose family members think is still alive? Even those that were informed were not given the bodies of their loved ones,” he said.

A brother of one of the dead soldiers told SaharaReporters that the family got to know about his death from his colleague as the army authorities initially failed to inform them.

He said, “The army initially didn’t inform us. It was one of his colleagues that told me he had been killed by Boko Haram, so I spoke to someone from our town who is a major general, I think he made some moves. So we got a call from them on Saturday night informing us he is dead. Imagine, without his colleague telling us, we wouldn't have been aware at all.

“So we asked them the process to move his corpse back home for burial but they told us they wouldn’t release his body to us. We explained to them it’s a taboo in our village to be buried in a foreign land but they insisted his body would not be released to us. It was later they informed us that his next of kin and one other family member should come to Maiduguri cause he would be buried on Tuesday.”

In 2019, a US newspaper, Wall Street Journal reported how the military had been secretly dumping the remains of soldiers killed by Boko Haram in unmarked mass graves.

The paper quoted families of fallen servicemen as saying that the military was untidy in its handling of the tragic deaths of their loved ones.

It said on the eve of President Muhammadu Buhari’s visit to Borno, army commanders secretly moved corpses of soldiers from a morgue to unmarked graves.

“When President Buhari visited the Maiduguri base in November, commanders rushed to bury bodies they had collected at the morgue from the recent attack on the base in Metele and several others, according to several soldiers at the base,” the report read.

“They moved the bodies from the morgue into the unmarked graves under cover of darkness.”

A soldier was quoted as saying: “We could see the headlamps and the torches of the engineering division digging the graves.”

It’s Not A Bad Thing For The North To Secede From Nigeria' - Adamu Garba
Actress Rachel Oniga Died From Heart Disease Not COVID-19 - Family Releases Statement
Share to...

Kwaku DMC - Road to the Jungle