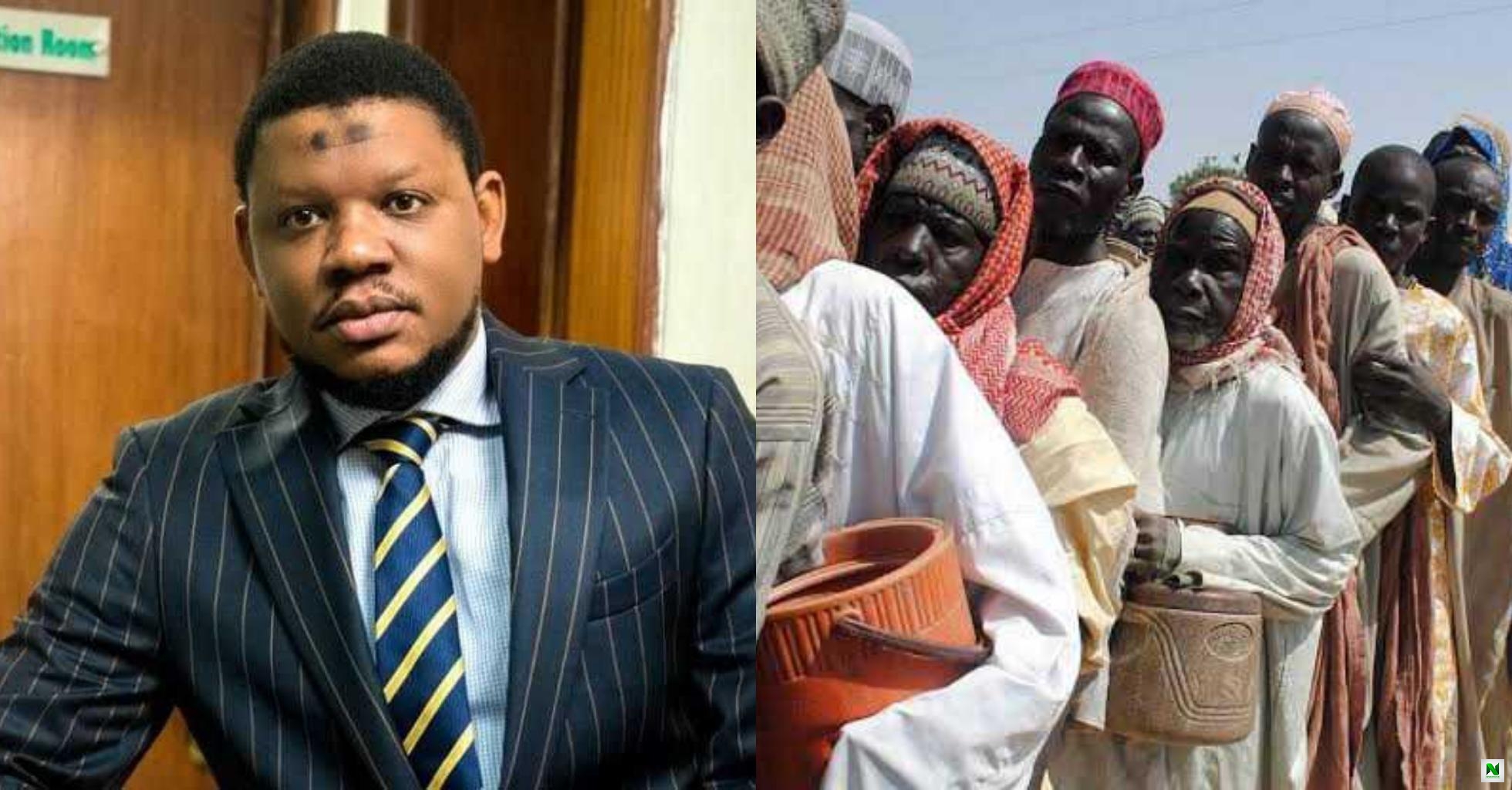 Former Presidential aspirant, Adamu Garba says with all that the North has going for it, it will not be a bad thing for the region to secede from Nigeria, IgbereTV reports.

In a post shared on his Twitter handle, Adamu listed the benefits the Northern region has over other regions. According to him, if the North secedes from Nigeria today, many regions in Nigeria will suffer. He added that no single person is afraid of a breakup of the country.

He pointed out that the ''hatred'' towards the Fulanis and everything North can be the greatest undoing of the secessionist groups once the North pulls out of ''the Union called Nigeria''.

Looking at everything, it’s not all together a bad thing for the North to secede from Nigeria.

The North is the only region in Nigeria that practically have everything, yet its people suffer the most, with most hope dashed, gross underproductive young population and betrayal of the elites.

The North is the single largest supplier of raw materials in all Nigerian industries, from food, the cloths to shelter through cements and other building materials available in the Northern rocks.

The North have Gold, Silver, Diamond, Tin, copper, lime, gypsum, coal, magnesium, potassium etc and even uranium in abundance all over the area.

A liter of groundnut oil and cotton is more expensive that the liter of oil, and it has unimaginable chain value for production in different industries, from pharmaceuticals to detergents etc.

The cows that some few people condemn is over 20M in number in Nigeria, when properly harnessed and utilize, if a quarter of this number can produce a liter of milk a day, it means the North will have 5M liters of milk per day, each liter is N350, much more that a liter of fuel. This notwithstanding the endless value chain of milk processing in different industries. A cow, from its feeds to all parts of its body including its dungs is a source of value, thus a cow is a wealth in all ramifications. All we need is to harness its value.

The north have river Niger, connecting all the way from Guinea mountains to, over Kebbi, Niger, Kogi and Deltas as it approaches the Ocean where it’s called the Niger-Delta. The North can still reach the ocean through Borgu to Benin republic down to Atlantic Ocean. More students from the North studied in the Benin universities than the indigenes of Benin and more Northern traders travel to Cotonou than any other Nigerians, hence a trade pact will be easy for the North.

The North can dredge the River Niger through Benin and connect to the Atlantic Ocean or create a super highway through Niger Republic to Guinea down to Atlantic Ocean, thus the North have more ways to access the ocean than all other regions in Nigeria.

The North controls the flow of the river Niger. If the North chose to erect a barricade for the flow of river Niger to the east, all the rivers like Imo river, Onisha river, rivers in the delta with drinkable water and fresh fish will cease and the water flow will dry up. All the North need to do is to create artificial lake and reservoirs to use the water for agriculture and power generation.

The North have all the major forests in Nigeria, From Borgu Forests, to Felgore Forest, to Yankari Forest to Gashaka Forest to Sambisa Forest down, which have the longest stretch to Ethiopia, Uganda and Kenya through central Africa. Thus the North have it all.

The North have the river Benue, which flow through practically all states in the North eastern Nigeria to middle belt, flowing from Faro to Gerio to lake Doe and lake Chad, linking Cameroon and Chad to the east, Niger and Benin to the West, one of the longest River strings in Africa, all nosing at the North.

The North have rivers in almost all the states, from Dadin Kowa to Tiga, from Numan River to Yobe river from River Taraba to River Kaduna, all these makes a navigable and irrigatable river lines that can sustain agricultural activities through all seasons.

Out of the 78 million hectares of crop land in Nigeria, the North have 71 million, thus all food crops and cash crops can only be produced from the North.

The North have global natural allies, from the Islamic countries and Israel, including the United States and the Britain, in addition to China and Russia, all these countries would rather deal with more conservative, organized, United and responsible North that any region in Nigeria. Any reason why the West and the East will always prefer Nigerian leadership from the North?

I don’t know what the so-called secessionist guys are playing at, their hatred towards the Fulanis and everything North can be their greatest undoing once we pull out of the Union called Nigeria.

Even our religious differences in the North was further amplified by some fiery preachers from the South who seek to explore these differences for some cheap political gain. The North have lived for 100s of years with each other, what do you think will happen after independence? Peace!

The North have been a big brother for far too long, because we love Nigeria and we care for the silent majority of the people of the Niger Delta and the South West who love Nigeria equally and understands the value of the North.

So much energy is been wasted by the people of the North trying to make one Nigeria instead of thinking inward and start building its own institutions, industries, media, financial services, professionals etc. If the North chose to do this, the North may well serve as arbiters for settling endless conflicts in the South as a consequence of North leaving the Union.

Now I tell you this, in the North, after every other reasonable analysis, 90% of the present problems of the North will fizzle away once the North becomes an independent unit.

No single person from the North is afraid of break up of Nigeria. None whatsoever. And I am not sure too many Northerners are happy with the union either. But as general believers in patience and understanding that in the long run, thing may turn out well for all of us, and in spirit of solidarity with majority true Nigerians within our comrades in the South, the North chose to stay in the Union as one Nigeria.

Trust me, if, perhaps we have constitutional provisions for referendum, any region, especially Biafra, if they chose Nnamdi Kanu that a union of Nigeria, the North will most emphatically welcome the outcome. It’ll be a huge relief.

The North have its source of Energy, both artificial and natural through dams, coal, solar, winds and even nuclear, including oil and gas deposits in Gongola Basin, sokoto basin, Lake Chad Basin, Benue, Kogi and Niger States, the North have its source of food, lands for housing, educational system, healthcare systems, political systems, its foreign policy with natural allies etc, all its need is proper economic system away from the cheap and very scarce, poverty inducing oil.

The North have never served as slaves and never seek for independence, because it has been independent for a as long as it is there. Thus the north cannot start from the beginning nor the North to ever tolerate some war lord parading as messiahs, because the North knows governance, systems, policies and principles of tolerance and respect.

The North may choose to remain Nigerian, in the meantime!

Looking at everything, it’s not all together a bad thing for the North to secede from Nigeria.

The North is the only region in Nigeria that practically have everything, yet its people suffer the most, with hope dashed, underproductive young @ & betrayal of the elites. Davido Tattoos The Faces Of His 3 Children On His Body (Photos)
March As To Be Good, Kizz Daniel Sets In New Mood With This Lovely Videos
Share to...

March As To Be Good, Kizz Daniel Sets In New Mood With This Lovely Videos