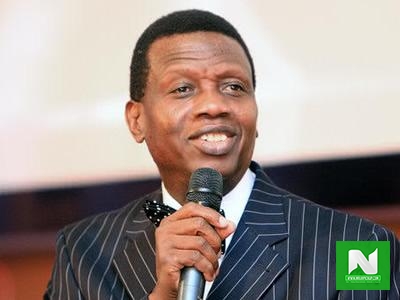 Pastor Enoch Adeboye of the Redeemed Christian Church of God, RCCG, says he support the protest against the Special Anti-Robbery Squad, SARS, and the newly-introduced Special Weapons and Tactics Team (SWAT).

The clergyman on tweet his Twitter handle Wednesday night stated he was backing the youths protesting because they needed to be kept alive.

Adeboye said he supports to youth speak up for their rights.

“Our daughters will not be able to prophesy and young men will not see visions if we don’t keep them alive. I support the youths in this peaceful protest as they “speak up” to #EndPoliceBrutality #EndSARS #ENDSWAT.”

Nigerians across the country have been protesting against police brutality.

See Reactions As Photos Of A Mechanic Whose Girlfriend Visited Him At Work Surfaces
These Were the Top 2 Nigerian Music Albums of 2021
Share to...