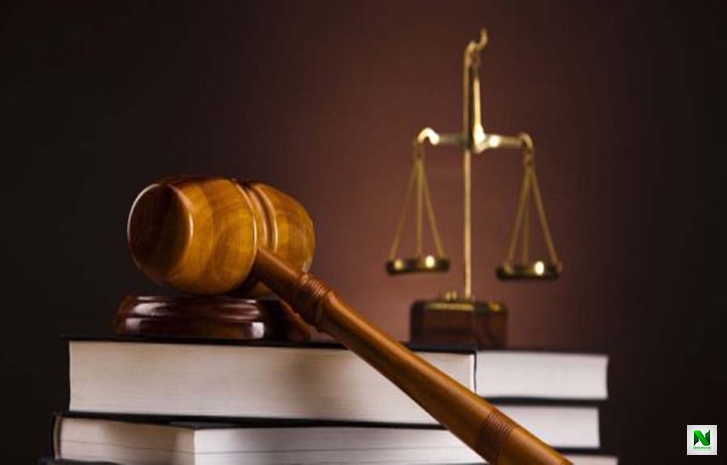 All is not well in the National Assembly Legislative Aides’ Forum as a lawyer, Mr Joshua Okah, who is Senior Legislative Aide to a member of the House of Representatives, Mr Ben Igbakpa, has dragged the Chairman-elect, Mr Salisu Zuru, before a court for allegedly maintaining two public offices and drawing salaries from them.

Okah is accusing Zuru, who recently won NASSLAF’s recent chairmanship election, of refusing to quit his earlier position as a member of the board of the National Orientation Agency before taking another appointment as SLA to Senator Sahabi Ya’u, who represents Zamfara North.

The President, Major General Muhammadu Buhari (retd), had in December 2017 appointed 209 chairmen and 1,258 members of the governing boards of departments, agencies, parastatals and corporations of the Federal Government, some of whom were later confirmed to have died before the appointments.

In the suit filed in the High Court of the Federal Capital Territory on October 26, 2020, with Number FCT/HC/BW/CV/311/20, Okah joined other legislative aides who played various roles in the conduct of the election, as defendants.

Among other reliefs, Okah is praying the court to issue an interim order directing Zuru to step aside as NASSLAF’s chairman-elect and/or substantive chairman, pending the hearing and determination of the motion on notice for interlocutory injunction.

Okah is also praying for an order of Interim injunction restraining the 2nd to 13th respondents, as well as the Clerk to the National Assembly, Olatunde Ojo, from “acting on or taking further steps in respect of the chairmanship election of NASSLAF held on 16th October, 2020, and/or accepting or giving any further recognition to the 1st defendant/respondent (Zuru) as the NASSLAF chairman-elect or substantive chairman or otherwise however called and/or issuing the 1st defendant/respondent a fresh Certificate of Return…”

The petitioner told the court, “The 1st defendant is a Senior Legislative Aide appointed by the National Assembly Service Commission on the recommendation of Senator Alhaji Ya’u Sahabi on the 27th of August, 2019, and also currently a member of the Board of National Orientation Agency appointed by the President of the Federal Republic of Nigeria on the 29th of December, 2017. Sequel to the above, he has been receiving emoluments from both offices and the 1st defendant is a public servant and bound by the extent provisions of the Public Service Rules, 2009.

“It is not lawful for the 1st defendant to receive and/or be paid emoluments in respect of his office as Senior Legislative Aide appointed by the National Assembly Service Commission and at the same time as a member of the Board of National Orientation Agency appointed by the President of the Federal Republic of Nigeria.

“The 1st defendant, who was elected as Chairman of the NASSLAF at the delegates election held on 16th October, 2020, has put himself in a position where his personal interest as Senior Legislative Aide appointed by the National Assembly Service Commission conflicts with his duties and responsibilities as a member of the Board of National Orientation Agency appointed by the President of the Federal Republic of Nigeria and, therefore, he is, in the eye of the law, not eligible to participate and/or contest in the NASSLAF Election 2020.”

Ukah argued that the chairmanship elections were void and ought to be nullified, adding that a fresh election should be conducted for the remaining chairmanship candidates.

The plaintiff, in the affidavit he deposed to, stated that upon appointment by the NASC, all legislative aides, as part of their conditions for appointment, are entitled to emoluments such as salaries, allowances’ payment of first 28 days in lieu of accommodation upon assumption of duty, severance gratuity at the rate of 300 per cent of annual basic salary for the completion of each tenure, and trainings among others.

The SLA also noted that all the 13 defendants had been receiving the emoluments except severance gratuity, while those who served in the 8th National Assembly had been paid all their entitlements.

According to him, as of the time Zuru contested the NASSLAF election, he remained a member of the NOA board. He also attached a copy of a letter from the Office of the Director General of the NOA, dated October 19, 2020, confirming the 1st defendant’s membership of the present board of the agency, as well as a photograph taken by the board’s members on April 5, 2018.

The affidavit partly read, “That the 1st defendant deliberately refused, failed and/or neglected to disclose the above stated facts of his membership of the board of NOA to the 2nd to 13th defendants during screening all in his desperation for power. That had the 1st defendant disclosed the facts under reference, he would not have been screened and/or cleared to contest for the NASSLAF chairmanship election.

“That the NOA is in Category ‘B’ under the categorisation of board of federal parastatals. Since inauguration of the board since 2008 to date, the 1st defendant, being a member, has sat four times and the fifth meeting in 2020 was done virtually due to the COVID-19 pandemic, and the 1st defendant has been receiving emoluments from the agency.”

A member of NASSLAF, who is an aide to one of the leaders of the National Assembly, told our correspondent that many members of the forum were aggrieved with how the electoral exercise was conducted. According to him, the electoral committee for delegates’ election is an equivalent of indirect primary by political parties.

The source, who spoke on condition of anonymity for fear of retribution, also alleged that Zuru was the preferred candidate of the National Assembly management, which did not go down well with some members.

The aide said, “There are over 4,000 aides in the National Assembly but only 48 delegates voted to determine the new chairman. There is a division among members. Since the suit was filed, the situation has become worse as some members want Okah to pursue the case to a logical conclusion, while others are warning against allowing the matter to degenerate into a crisis.”

How Boko Haram Burnt Down Borno Village After Air Force ‘Ignored Rescue Call’
These Were the Top 2 Nigerian Music Albums of 2021
Share to...