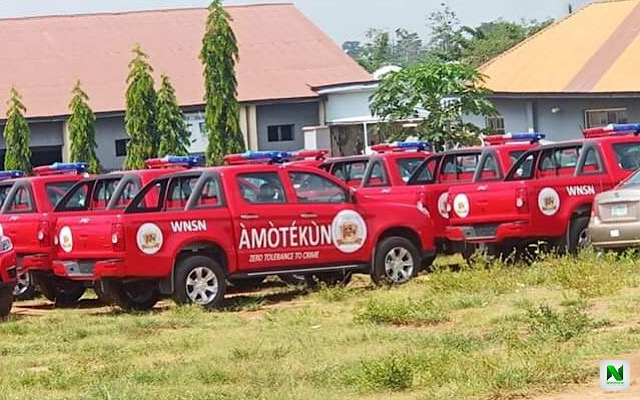 THE Ondo State Security Agency, Amotekun, on Monday said it arrested no fewer than six suspected hoodlums, who allegedly took part in the looting and arson that occurred during the last #EndSARS protest in the state.

The #EndSARS protest was hijacked by some hoodlums who allegedly set ablaze two police stations, National Correctional Service Centre in Okitipupa, a high court building and some other buildings, which included the state Secretariats of the All Progressives Congress and that of the Peoples Democratic Party in Akure, the state capital.

The corps stated that the suspects were arrested in various parts of the state.

Speaking on the development, the Commandant of the security agency in Ondo State, Mr Adetunji Adeleye, said the suspects were arrested with exhibits linking them with the looting, arson and attacks on police stations that happened in the state.

Adeleye said, “The items recovered from the suspects suggested that they (suspects) participated in the burning of police stations in the state.”

One of the suspects, Oyewale Olayele, said he only picked some items from a police station and a high court already set ablaze with the aim of selling them as scraps, pleading that he did not know it was an offence to pick things in such a circumstance.