I Love You – Davido Tells His Female Signee, Liya
By 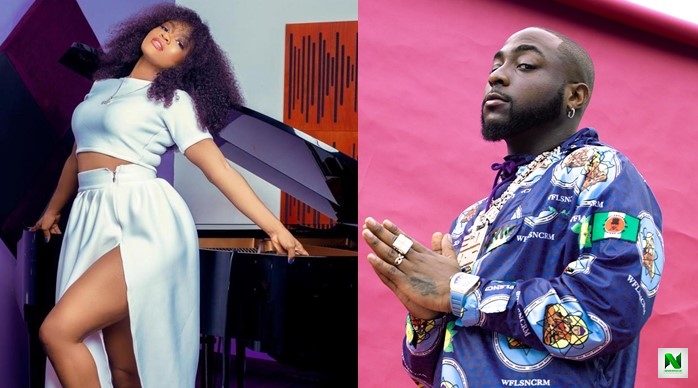 Even before the dust of his rumoured affair with American model Mya Yafai settles, Davido has sent a new message to his female signed, Liya by telling her he loves her.

That got a lot of people thinking as they can’t tell if he’s message is merely professional or intimate. Over the past few days, social media has been awash with reports that Davido is knacking Yafai after the Atlanta-based model who previously dated female rapper, Young Ma, visited Davido in Nigeria last December and also spent some time with him in Ghana in January.

Although the DMW Boss, professionally known as Davido has not directly confirmed or denied the report, he made a new post on Twitter saying; “Value your peace of mind”. In this new development with Liya, the songstress made a short appreciation post and tagged the Afrobeat star.

”Thank you @davido”, she wrote.

OBO then replied; ”Luv u”

Ladies Drool Over James Brown’s New Photos As He Returns To Being A Man
Treat Mastorbation: Here Are 15 Rich In Zinc Food To Help Recover Fast
Share to...