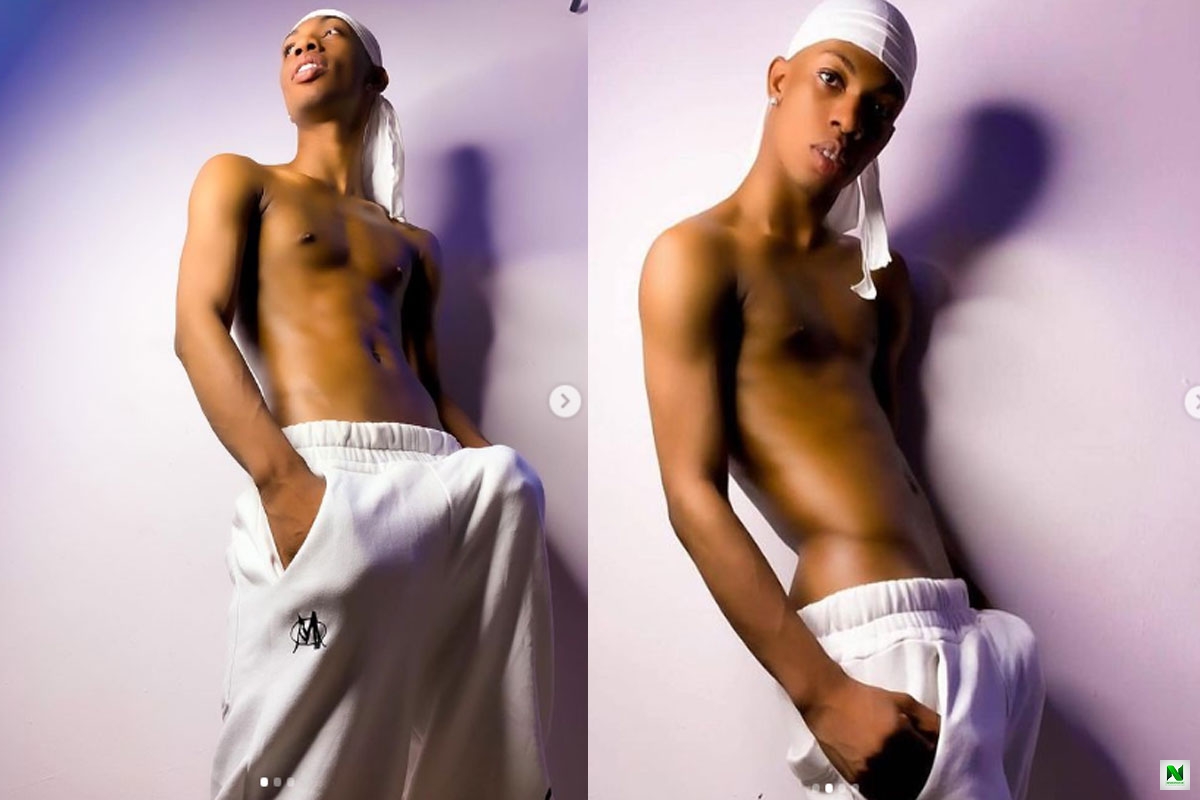 James Brown seems to have missed being a man and decided to revisit his old self as he shared dripping photos of himself portraying the male model-like figure and ladies could not get enough of him but admire him.

Sharing the photos, James Brown noted in the caption that he can blend anywhere on earth; he wrote;

Reacting to his photos, ladies gushed over his looks and beckoned him to maintain his male identity below are some reactions on Instagram.