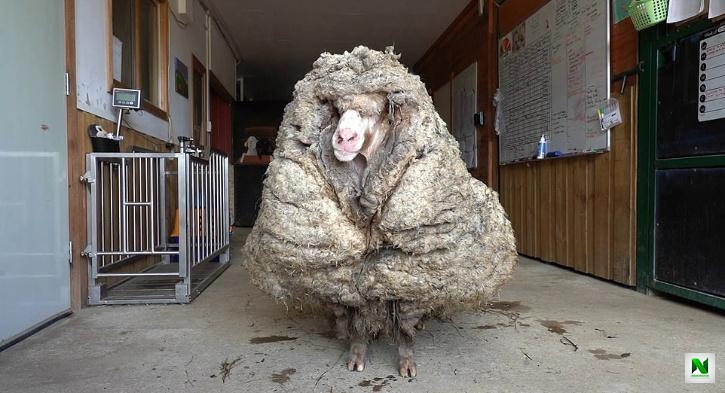 Sheep need to be shared annually, otherwise their wool continues to grow to the point where it’s hard to tell they are still ship. That’s what happened to this poor ship in Australia, whose wool hadn’t been sheared in 5 years.

Photos of a “wild” sheep found in a forest in Australia went viral this week, because of the unusual coat the animal sported.

Named Baarack by his rescuers at Edgar’s Mission Farm Sanctuary near Lancefield, Victoria, the ovine is believed to have once been owned by a farm, but his ear tags were ripped out by the thick layer of matted wool on its face. 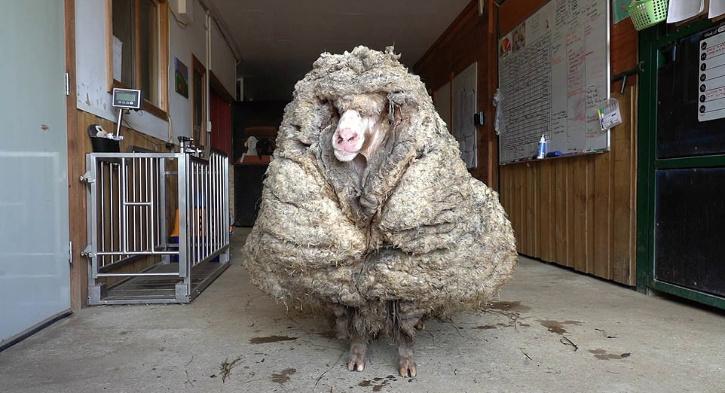 At the time of his rescue, Baarack looked almost nothing like a sheep, his slender frame hidden under a mass of wool and dirt that weighed a whopping 35 kilograms. Photo: Edgar’s Mission/Facebook “Whilst his hooves were in great condition from running over the rocks in the forest, he was in a bit of a bad way.

He was underweight, and due to all of the wool around his face he could barely see,” Kyle Behrend of Edgar’s Mission said. “Sheep need to be shorn at least annually otherwise the fleece continues to grow and grow, as happened here.”

Shearing a sheep usually takes staff at Edgar’s Mission Farm Sanctuary a few minutes, but in Baarack’s case, the process lasted over an hour. He was lucky people spotted him in the wild and alerted his rescuers at the animal sanctuary, as his massive coat was already a serious problem.

“Each day his wool grew longer and longer, and his plight more desperate, while his chances of survival grew thinner and thinner,” Edgar’s Mission posted on Facebook. “Many people do not realize that wool can easily morph into a cumbersome fleece that continues to grow throughout the life of a sheep.”