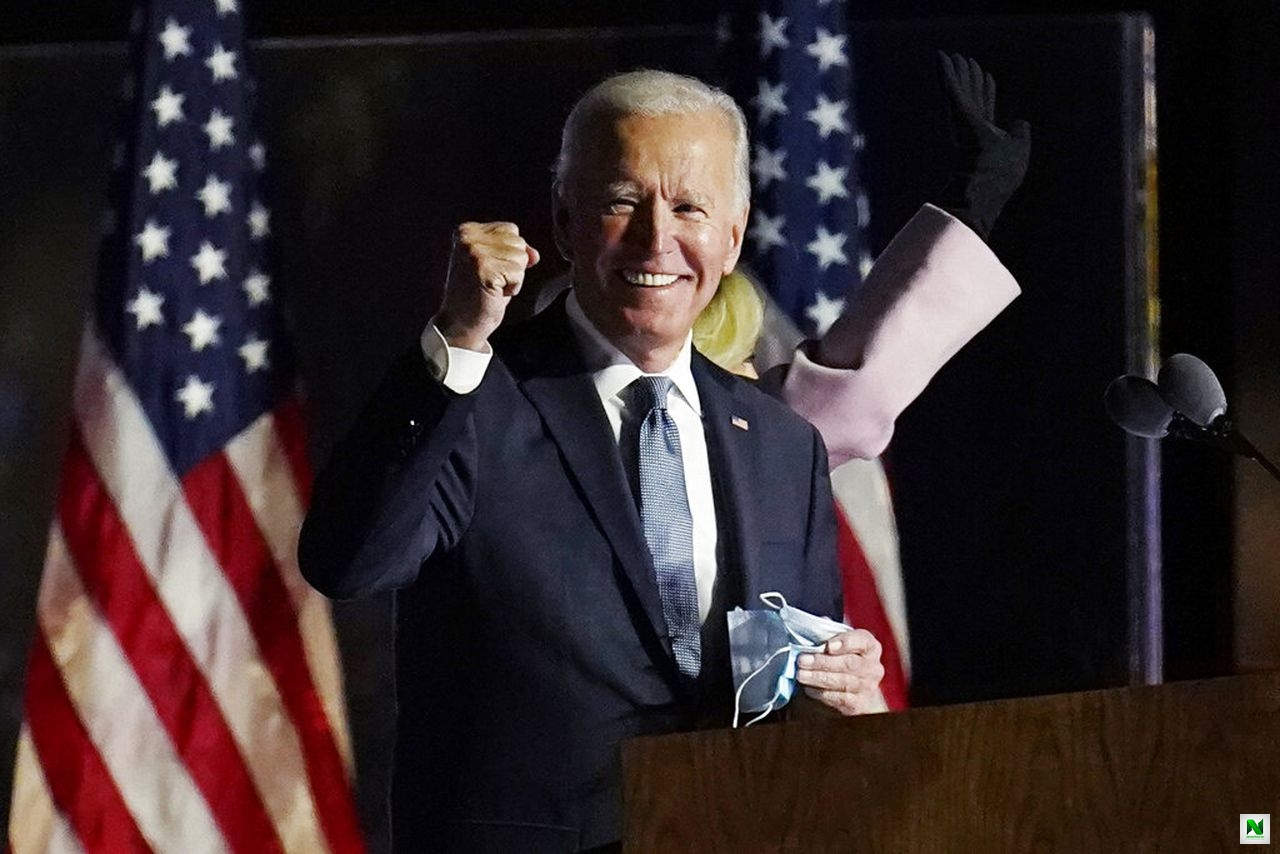 (CNN)America has chosen Democrat Joe Biden as its 46th president, CNN projects, turning to a veteran voice who has projected calm and compassion, promised a more empathetic and scientific approach to the pandemic, and pledged to stabilize American politics after four years of Donald Trumps White House chaos.

Biden, who turns 78 at the end of this month, will become the oldest president when he is inaugurated in January in the midst of the worst public health crisis in 100 years, the deepest economic slump since the 1930s and a national reckoning on racism and police brutality that is still unresolved.

His election will end Trumps tumultuous hold on Washington and condemn the Republican, who has had a lifelong obsession with winning, to the ranks of chief executives who lost after a single term.

In a cinematic twist, it was Bidens boyhood state of Pennsylvania that put him over the 270 electoral vote threshold and delivered the White House. Trump had held a wide lead over Biden on the night of the election, but as election officials counted hundreds of thousands of mail-in ballots, the race shifted dramatically in Bidens favor, infuriating Trump and his allies, who knew the Presidents path to the White House was over without the commonwealth.

That the Keystone State was the last hurdle in Bidens path to the White House was a fitting end to a hard-fought race given that the former vice president has long cultivated his image as "middle-class Joe" from Scranton. In a visit that now seems almost prophetic, he had made a final trip to his childhood home in the city on Election Day after spending much of the campaign promising to prioritize the livelihoods of the many working-class voters whom Hillary Clinton lost to Trump in her 2016 bid.

On one of the living room walls in the house where he grew up, he wrote: "From this House to the White House with the Grace of God," signing his name and the date,"11.3.2020."

In the final days of the race, Bidens team redoubled their efforts to rebuild the Democrats' "blue wall" -- and that gambit paid off with Biden winning Pennsylvania, Michigan and Wisconsin, according to CNN projections, while holding Minnesota, which the President made a priority in his reelection push.

As he watched his hopes of reelection being strangled with each tranche of votes in Pennsylvania, Trump lashed out on Twitter during the tense vote count, attempting to undermine democratic institutions with demands like "STOP THE COUNT."

The President falsely claimed the election was being stolen from him as many mail-in ballots, which were often counted after Election Day votes, landed in the column of his opponent.

Facing a deeply polarized country, Biden had tried to project comity and patience, and his desire to unite America.

"There will not be blue states and red states when we win. Just the United States of America," Biden said Wednesday afternoon. "We are not enemies. What brings us together as Americans is so much stronger than anything that can tear us apart."

Biden again asked for patience from his supporters on Thursday afternoon. "Stay calm. The process is working," he said in Wilmington, Delaware. "Each ballot must be counted. ... Democracy is sometimes messy. It sometimes requires a little patience, as well. But that patience has been rewarded now for more than 240 years with a system of governance that is the envy of the world."

Part of Trumps frustration stemmed from the fact that his campaigns finely tuned ground game did in fact succeed in turning out many more of the so-called "hidden Trump voters" than expected, making the race a much tighter contest than pre-election polls suggested.

Ultimately, Biden carved out his route to 270 Electoral College votes by holding most of the states that Clinton won and adding Pennsylvania, Michigan and Wisconsin to his column. Ballots are still being counted in the key states of Nevada and Arizona.

Trump continued to cast aspersions on the electoral process -- wrongly suggesting that there was something nefarious about the fact that the vote count in key states continued well after Tuesday night, as is customary in US elections. Meanwhile, his team mounted a series of lawsuits in several states, including Pennsylvania, looking to stop vote counting in some areas while challenging how closely observers can monitor officials counting the votes in others. The Trump campaign also said it would demand a recount in Wisconsin, where Biden led Trump by some 20,000 votes, even though historically a margin of that magnitude is unlikely to be reversed.

#EndSARS: We Won’t Allow Any Protest In Lagos, Police Warn Residents
These Were the Top 2 Nigerian Music Albums of 2021
Share to...