Erica Wins BBNaija Head of House Game for Week 4; Picks Kiddwaya as Her Deputy Over Laycon
By 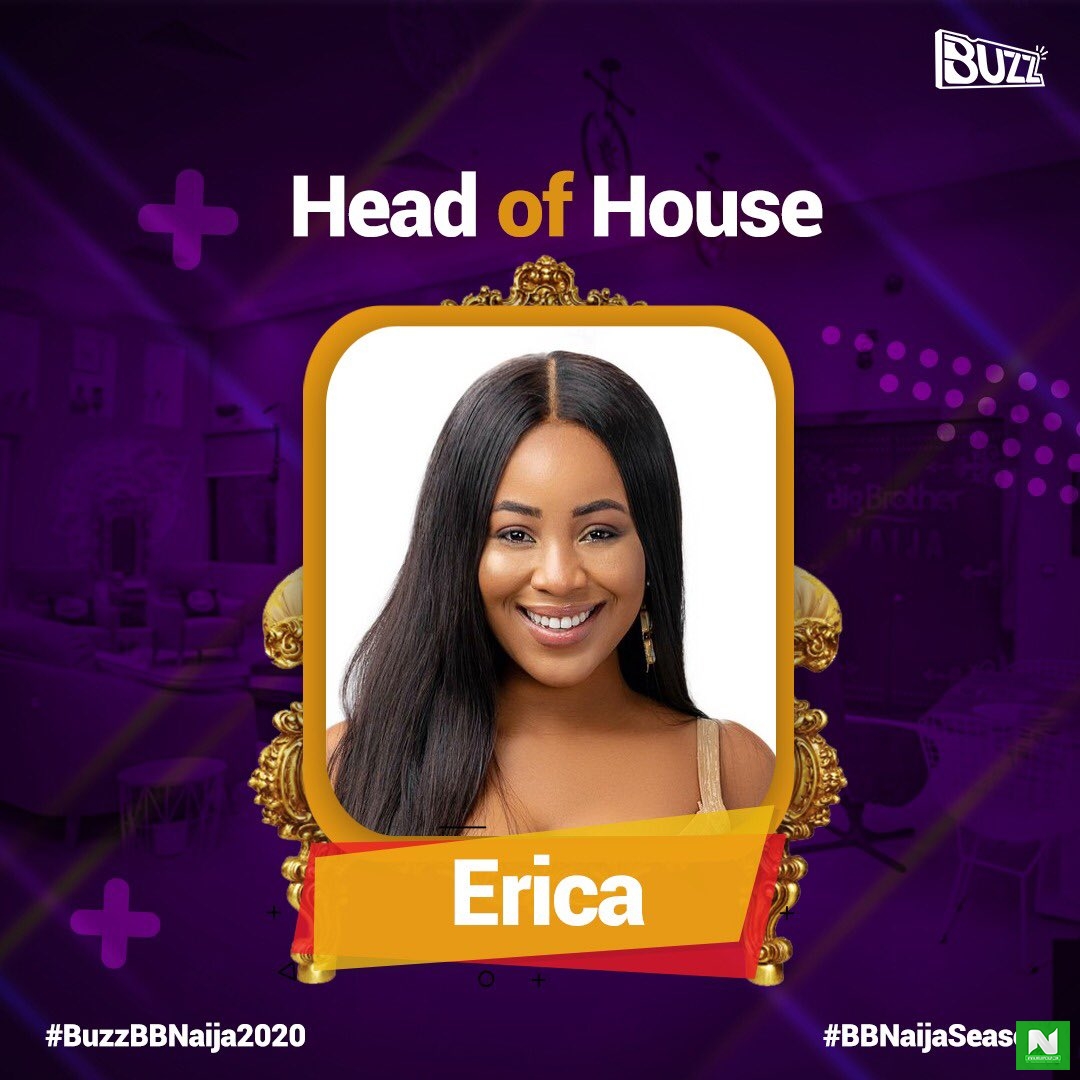 It was another challenging contest among the Big Brother Naija Housemates as they fight for the Head of House position to gain immunity from possible eviction this week.

There was a little adjustment in the challenge tonight. The housemates were given just a Minute and 10 seconds to complete the challenge unlike the usual 2 minutes.

Today’s challenge started with Tolanibaj taking the challenge but could not make it past stage 16.

Erica took the challenge but was a bit distracted by other housemate while trying to move through the steps. It was a confusing scene which led Big Brother to interfere and assisted Erica in calculating the steps which eventually led her to winning the challenge.

At the End of the Game, Big Brother declared Erica as the winner of the contest for week 4. With this victory, she is now immune to eviction this week and she now have exclusive access to the Big Brother lounge.

Erica is required to choose a deputy head of house from the opposite gender. This will be a very big decision for her as she have to choose between Laycon and Kiddwaya.

Erica nominated Kiddwaya as her deputy head of house which means she will have to share the BBNaija luxury lounge with him for the week. She picked Laycon as her second option while praise as her third option.