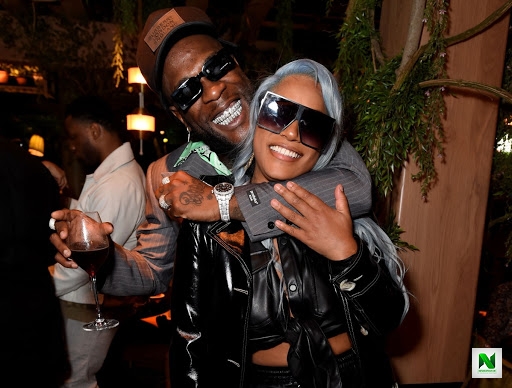 Recall, that a 23-year-old model, Jo Pearl got social media buzzing after she posted videos claiming she dated Burna Boy for two years and was still seeing him despite his high profile relationship with Stefflon Don.

According to her, she met Burna before he started dating Stefflon and found out about their relationship online which led to her stopping all forms of communication with him.

However, the two reconnected after he came back to London and during a certain period and has been dating for a while despite his love affair with Stefflon.

On the comment section of Jo Pearl’s page, Stefflon Don reacted to the video, surprised about the whole incident.

“What in the Nollywood is going on here mate?”

Davido Gifts His New PA, Santus Gee A Luxurious Rolex Wrist Watch
These Were the Top 2 Nigerian Music Albums of 2021
Share to...