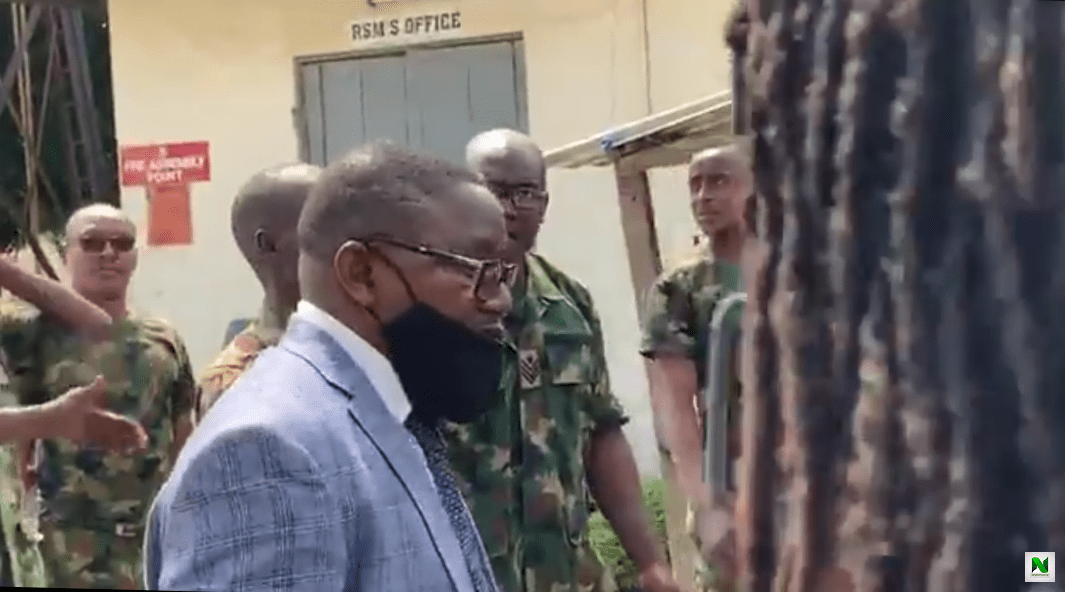 Soldiers manning the gate at the Military Hospital in Ikoyi have stopped the Lagos judicial panel on #EndSARS from accessing the hospital’s mortuary.

The panel, unannounced, on Friday went to the hospital on investigation into the shooting at Lekki tollgate where 15 protesters were reportedly killed.

Some witnesses of the Lekki shooting accused the military of taking away the bodies of those killed in the incident.

The panel met resistance as it got to the gate of the hospital.

Ebun Adegboruwa, a member of the panel, told the soldiers, who stopped them at the gate, that the panel came to the hospital because it had intelligence that might help with its investigation.

“The facility is relevant to our investigation. We have a pathologist. We are here on the authority of the president, not only the governor,” he said.

“We are following dues process, and it is important we visit the mortuary as it will help our findings.

If we are not allowed access, we will go back and take other actions. We won’t force ourselves in. We have confidential information that the military hospital here is relevant in the investigation of the Lekki event. We heard this hospital is controlled by 65 battalion, and under the 81 division. We are also taking steps to reach military authorities.”

Adegboruwa said though the panel does not have evidence that there are bodies of those killed at the tollgate in the hospital, it was at the facility to verify the claim that they were.

He also said the panel will continue its work until it gets to the truth of the matter.

Journalists were also asked to leave the hospital premises while one of the soldiers threatened that “things will get dirty” if they refused.

Despite the presence of Doris Okuwobi, a retired justice and chairperson of the panel who arrived minutes later, the military did not allow the panel access to its facility.

Olaniyi Osoba, spokesperson of army’s 81 division in Lagos, was not immediately available for comment over the matter.

Earlier, the panel visited the tollgate where Yomi Omomuwansa, managing director of Lekki Concession Company (LCC), took the panel on a tour of the facility.