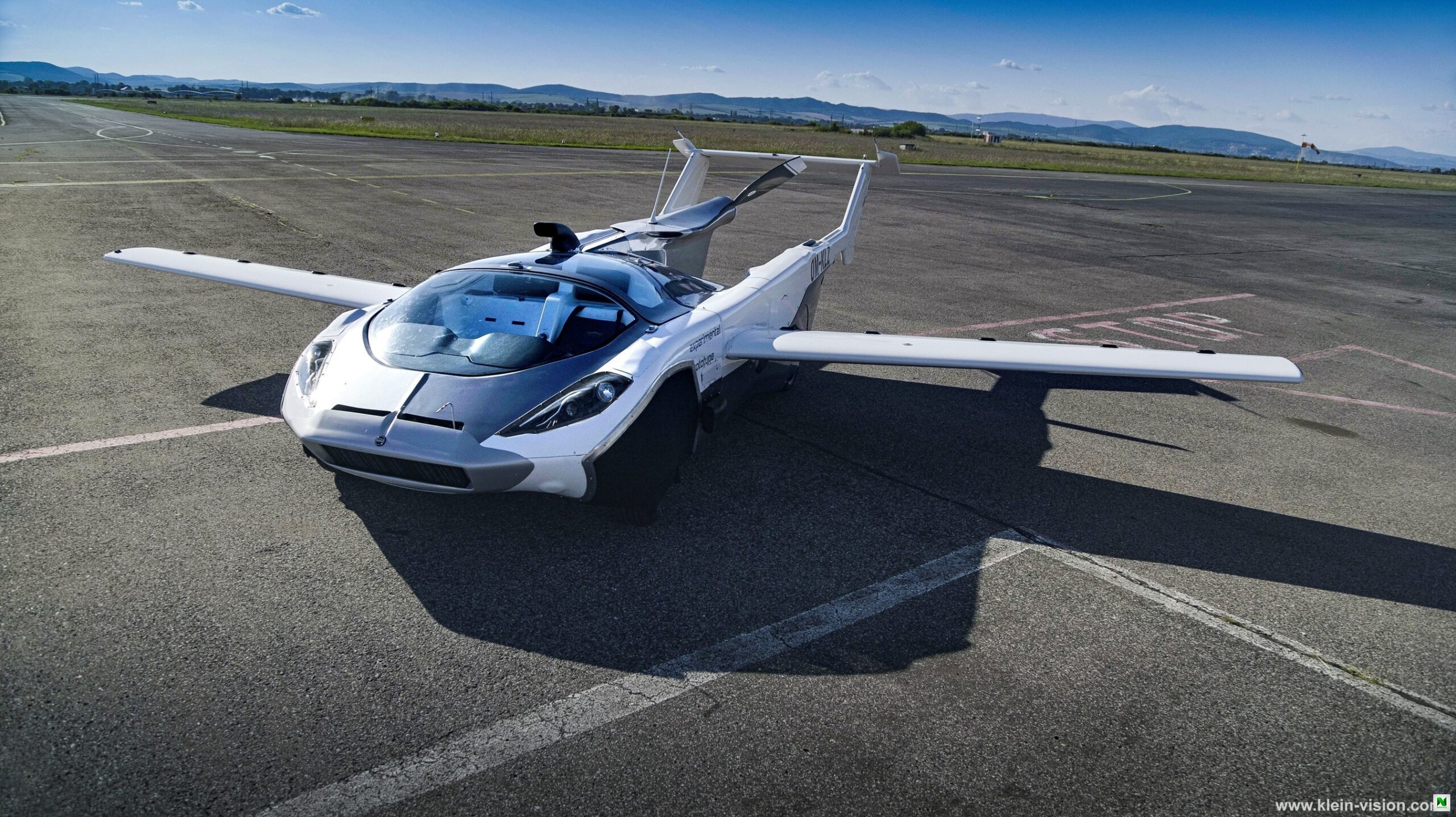 A flying sports car that can go from road vehicle to aircraft in just three minutes has flown 1,500ft in the air over Slovakia as part of a test flight, its developers say.

Sensational footage of the AirCar, developed by Slovakian firm KleinVision, shows it driving on a runway, stopping to deploy wings, and then soaring through the air.

This is the fifth prototype of the flying car and developers say it would be great for leisure and self-driving journeys, or as a commercial taxi service.

No price details have been revealed for the futuristic vehicle, but it can travel for about 620 miles at a time and could be seen in the air and on the roads from next year.

According to its developers it completed two 1,500ft test flights at Piestany Airport in Slovakia this week, bringing it a step closer to commercial flight.

Designed by Professor Stefan Klein, the AirCar safely completed two takeoffs and landings as part of the test run.

Cars can be heavy, but planes must be light and so finding that balance for the AirCar was a major challenge for Klein and his team.

The two-seat model, tested in Slovakia this week, weights 2,425lb and can carry an additional load of 440lb per flight, the company said.

Powered by a BMW 1.6l engine, the car-plane has an effective power output of 140HP and the estimated travel range of AirCar is 621 miles.
It requires a runway of at least 984ft to get from ground to sky and can reach speeds of up to 124 miles per hours, according to Klein.

AirCar has wings that unfurl and a single propeller at the rear. The wings fold up when the vehicle is on the road and it takes up the space of a normal parking spot.

'The cockpit providing space for the driver/pilot and a passenger is very roomy and nicely styled. The overall appearance of the flying car on road and in the air is superb,' Sarh added.

The developers say it has been designed so that the stability and control of the AirCar is accessible to any pilot, with no specialist training required.

'The key flight parameters confirmed all theoretical concepts and calculations that the development of the AirCar was based on,' Professor Klein said.

When all of the legally required flight tests are completed they plan to fit the craft with a more powerful engine and hope to have it ready for sale within six months.

The company already has a buyer interested in purchasing one of the AirCars when it passes all future tests and is ready to fly - or drive.

'With AirCar you will arrive at your destination without the hassle of getting a ride to airport and passing through commercial security,' said co-found Anton Zajac.

'You can drive your AirCar to the golf course, the office, the mall or your hotel and park it in a normal parking space,' said Zajac added.