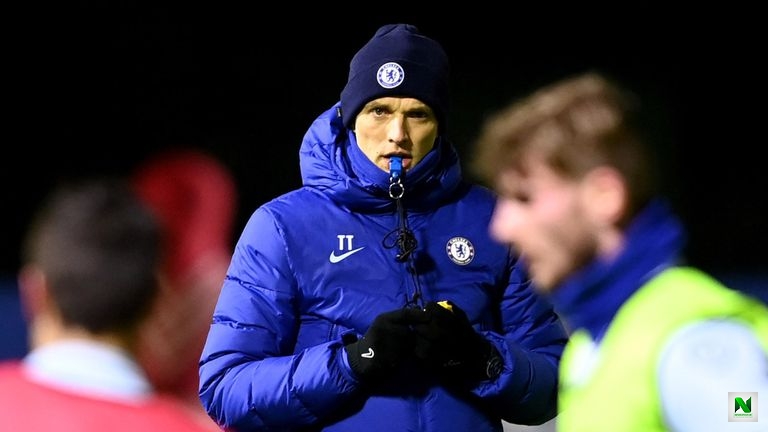 Thomas Tuchel is already making transfer plans at Chelsea, with five stars set to leave and a new big-money defender his top target.

TUCHEL WANTS UPAMECANO AT CHELSEA
Thomas Tuchel has wasted little time in planning for the future and getting the Blues upwardly mobile.

He plans to form a new central defensive partnership at Stamford Bridge, according to reports.

Top of his list of targets is RB Leipzig defender Dayot Upamecano. The towering French defender can leave the Bundesliga side for £42m this summer due to a clause in his contract.

Upamecano is wanted by the likes of Bayern Munich, Liverpool and Manchester United.

As per SportBild, Tuchel’s appointment at Stamford Bridge gives Chelsea a very real chance of landing the defender.

They claim Tuchel had Upamecano on his list of targets while at PSG. Furthermore, Chelsea now have ‘very good cards’ in the poker battle for Upamecano’s signature.

Pairing up with Upamecano in defence will be Antonio Rudiger. He’s been named as one of five stars who could benefit from Tuchel’s appointment.

The German found himself way down Lampard’s pecking order and he was close to leaving in the summer.

However, the £30m signing from Roma in 2017 has already been assured of his Chelsea future by Tuchel. As per Sky Germany, Tuchel and Rudiger “have had contact over and over again in recent months” even before it was clear they would work together at Chelsea.

Thiago Silva and Christensen to leave
A Rudiger-Upamecano axis would leave question marks over Andreas Christensen and Thiago Silva. Both could move on this summer. It is anticipated though that Kurt Zouma will be kept on.

Reports in Spain, meanwhile, claim Tuchel’s first piece of business will be to grant the loan exit of Billy Gilmour. Todofijaches report there are no shortage of admirers for the Scottish midfielder.

They claim Tuchel is a huge fan of Jorginho and is set to make him the heartbeat of the Blues midfield.

That could leave question marks hanging over N’Golo Kante.

As such, they reckon his sale will be sanctioned by Tuchel this summer if the price is right. Long-term suitors Real Madrid are, predictably, waiting in the wings.

Herdsmen Have No Alternative, They Must Register, Says Ondo State Government
These Were the Top 2 Nigerian Music Albums of 2021
Share to...