You Are A Liar – BMO Replies Abaribe, Releases Names Of Igbos In Aso Rock
By 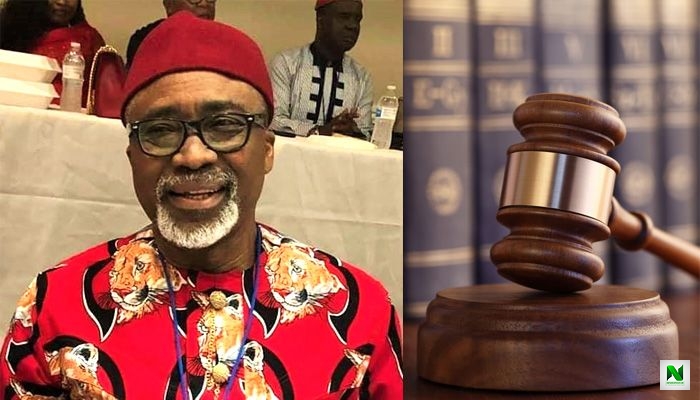 The Buhari Media Organization has branded Senator Enyinnaya Abaribe a ‘liar’ for claiming that only one Igbo man works in Aso-rock during a live interview on Channels TV a few days ago.

The group, in a statement made available to POLITICS NIGERIA, described Abaribe’s comments as a ’tissue of lies’, adding that President Muhammadu Buhari has several aides of Igbo origin.

“His further attempt to give the impression that President Muhammadu Buhari has not done anything for that region is quite laughable and ridiculous, given the realities on ground”,the statement read.

The signed by the group’s Chairman Niyi Akinsiju and Secretary Cassidy Madueke that Senator Abaribe ended up making himself look silly by suggesting that the only personal aide of the President from the region is ‘only’ a photographer.

“It beggars belief that an opposition Senator who has been in the corridors of powers since 1999 could knowingly seek to hoodwink Nigerians with a false narrative in a bid to portray President Buhari in a bad light.”

“Or is it that the Senator who has no record of achievement in all his years as a senior PDP government official wants to deny their ‘Igboness’ as people like him love to do mischievously?

“We challenge him to tell Nigerians what he has done in his political career for the South East people from when he was Deputy Governor in Abia State in 1999 to all his years in the Senate, especially when his party was in power at the centre.”

“Abaribe’s State is also seen as one of the worst in terms of development out of the 36 States in the country even though his party had produced all the Governors since the return to civil rule, yet he is so comfortable with hateful and divisive rhetorics.”

“If he could afford to sleep comfortably each night with what his party has been doing in Abia since1999, then we won’t be surprised he could seek to water down the concern expressed by the Ebonyi State Governor Dave Umahi about PDP’s treatment of the South East,” the group added.

Man Designs And Fabricates A Transformer In Sokoto (Photos)
These Were the Top 2 Nigerian Music Albums of 2021
Share to...