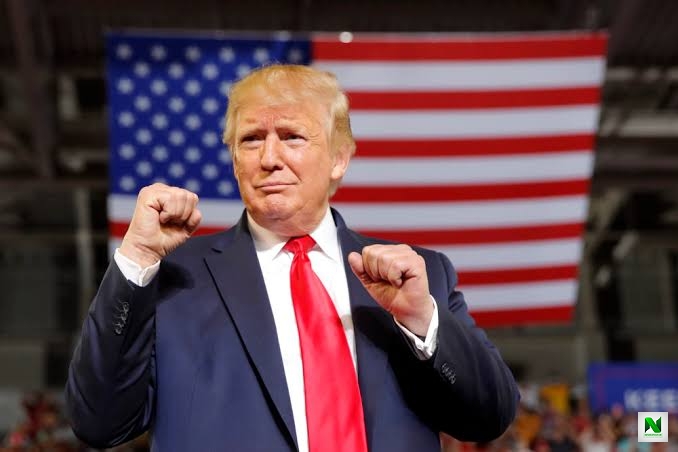 Donald Trump has finally admitted to losing the election while continuing to spread outright lies and misinformation about false allegations of mass voter fraud.

After days of refusing to concede to President-elect Joe Biden, the president wrote in a tweet on Sunday morning: “He won because the Election was Rigged.”

Mr Trump falsely claimed in all-caps there were “NO VOTE WATCHERS OR OBSERVERS” allowed in the polling places, which is simply not true and can be easily disputed by the witness statements and video evidence of polling place observers watching the ballot count all across the country.

Before Sunday, the president repeatedly refused to accept the fact he lost the election, even as a wave of legal challenges he filed against the electoral process were notably failing in key states like Arizona and Pennsylvania, as the law firms representing his campaign unexpectedly pulled out of their respective cases.

The president almost admitted to his defeat on Friday at the White House at a press conference surrounding the coronavirus pandemic.

“Hopefully, the, the whatever happens in the future, who knows which administration it will be, I guess time will tell,” he said, adding: “But I can tell you this administration will not go to a lockdown.”

It seemed he was finally ready to say he lost the election just a few days later, though he continued to claim that loss was the result of a rigged election — something his own Department of Homeland Security rejected when it said the 2020 election was “the most secure” in American history.

In a follow-up tweet, Mr Trump alleged Democrats “succeeded plenty” in the election due to voter fraud while adding: “Mail-in elections are a sick joke!”
However, a vast pool of research and analysis has shown mail-in voting to be a safe and effective way to cast ballots in an election without fear of rigging or cheating.

Virtually all of the president’s claims about voter fraud have been consistently debunked: his campaign falsely said a dead voter cast a ballot when an elderly woman confirmed she was alive and had voted against Mr Trump; it also falsely said military families were casting illegal ballots when in fact they were not; and it also falsely said that Mr Trump could only lose the election if there was mass voter fraud. None of this is true.

I love saying I told you so because alot of Blackmen think these White Jews that own the U.S Corporation were going to give us a platinum plan. They also said they were going to put sell out Harriet Tubman on the 20 doll bill, have they? Have you forgotten the 40 acres and a mule promise? Have you forgot the Black kings who sold our ancestors out? These are the ones who choose Biden the Negro Henchmen into the White House.

Your Mother Will Soon Marry This One To A Grandpa”- Fans Blast Regina Daniel
These Were the Top 2 Nigerian Music Albums of 2021
Share to...