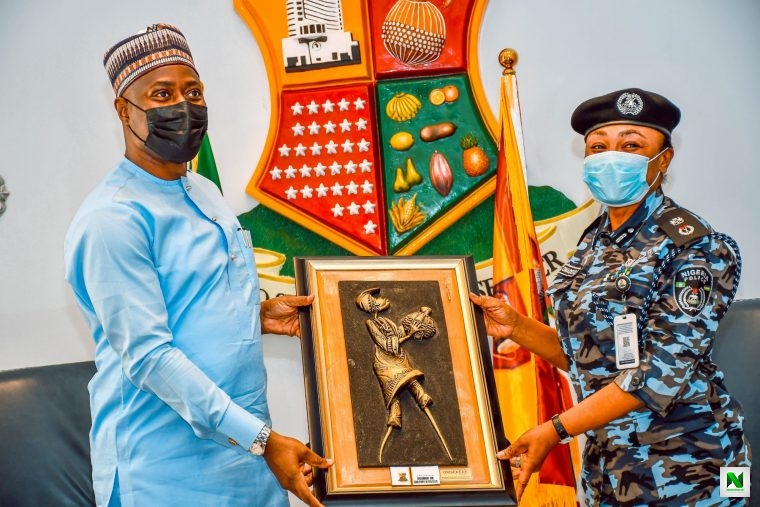 Gov. Seyi Makinde of Oyo State has asked the new Commissioner of Police in Oyo, CP Ngozi Onadeko, to arrest and treat those igniting ethnic tension in the state as criminals.

Makinde said this on Friday when Onadeko paid him a courtesy visit at the Governor’s Office, Agodi, Secretariat, Ibadan.

He spoke against rising tension in the state by the ultimatum given by self-acclaimed leader of Yoruba freedom agitators, Sunday Igboho, to people of Fulani ethnic stock to vacate the Ibarapa area of the State.

Makinde said that attempt to fuel security tension under any guise that would threaten the corporate vision of Nigeria would not be tolerated by his administration.

He said that his government was not against any ethic group, but was determined to flushing out criminal elements anywhere in the state

.He stressed that the Hausa/Fulani ethnic group residing in the state was not his government’s target, but hoodlums, bandits, irrespective of their tribes and religion

For people stoking ethnic tension, they are criminals and once you get them they should be arrested and treated like common criminals.”

“For this administration, the major pillar for us is security because we know that all the good things we want to do economically won’t be possible in an atmosphere of chaos and insecurity.

“So, when people say things that are not lawful and within the spirit of Nigeria’s constitution, it is not acceptable here.

“And they cannot hide under being people protecting Yoruba interest to perpetrate chaos in the state,” he said in a veiled reference to the quit order on the Fulani issued by Igboho

He promised to give maximum support to the Nigerian Police and other security agencies to ensure safety of lives, property and economic prosperity of the state

2023: Low Turnout As Yoruba Summit Pushes For Tinubu Presidency
These Were the Top 2 Nigerian Music Albums of 2021
Share to...