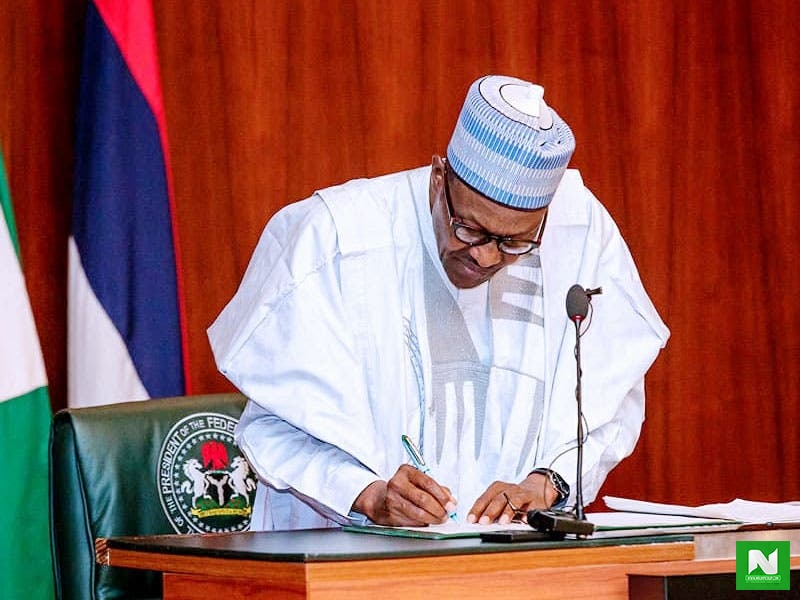 President Muhammadu Buhari has approved the establishment of a national centre for the control of small arms and light weapons, the national security adviser, Babagana Monguno, said.

The centre will be domiciled under the office of the NSA and efforts are on to give it a legal backing, Mr Monguno told State House reporters Thursday.

He added that the centre will be similar to the counter terrorism centre and the cybersecurity centre, both of which are domiciled under his office.

Mr Monguno made this announcement after Thursday’s council of state meeting, which had past heads of state in attendance.

He noted that when fully operational, the centre will “work in compliance with already laid down international standards and ECOWAS moratorium on the control of small arms and light weapons.”

He added that when in full throttle, the centre will control the inflow of these weapons, while also working on mopping up and disposing of those already in use.

“Based on my recommendation to the president, he has approved the establishment of a national centre for the control of small arms and light weapons in Nigeria, to be domiciled in the office of the National Security Adviser,” Mr Monguno said on Thursday.

“This centre on control of arms will provide the strategic framework for containing the proliferation of small arms and light weapons especially those coming from across our borders especially within the West Africa sub-region and through the maritime environment.”

He said that the president has directed that there should be improved synergy between the armed forces and other security agencies in the country, to aid intelligence sharing and gathering.

“What this means is that there should be improvement in the synergy and collaboration between the Armed Forces on one hand and the intelligence agencies on the other hand while we simultaneously work with the paramilitary organisations,” he said.

He noted that the president has also given his nod to the procurement of more arms and ammunition to boost the fight against insurgency and other security challenges in the country.

To this end, Mr Monguno said the office of the NSA is coordinating the use of drones to patrol the vast lands where bandits and kidnappers operate.

At the heart of the security challenges in the country, which has left many dead and thousands displaced, is the free flow of light and small weapons, security experts say.

This is even just as the nation’s various security agencies have intercepted some of the criminal syndicates smuggling these arms to cause mayhem.

No fewer than 415 Nigerians were killed in various violent attacks across Nigeria in July, according to a report by a non-governmental organisation, Nigeria Mourn.

BBNaija: Am I Special To You? - Erica Asks Kiddwaya As She’s Heartbroken After His Father Promised A Versace Wedding
Mavis Boss Don Jazzy Shows Off His New Mansion And We Are Green With Envy
Share to...