Nobody Can Stop FG From Probing #EndSARS Protesters - Lai Mohammed
By 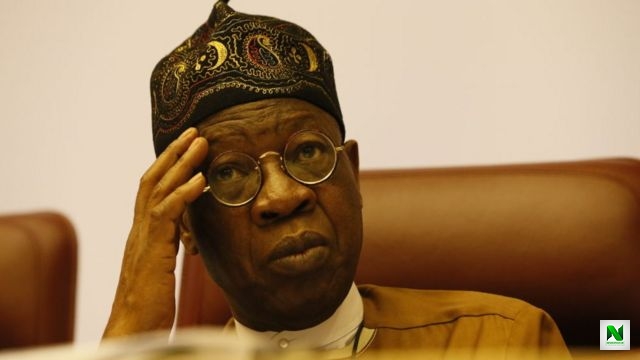 The Federal Government says being a member of #EndSARS protest is not an immunity from being investigated or charged for any offence or breach of the laws.

The Minister of Information and Culture, Alhaji Lai Mohammed, stated this on Friday in Lagos at a meeting with editors of newspapers.

The minister, who was responding to a question on the alleged arrest of some #EndSARS protesters and sponsors, said nobody is above investigation or prosecution.

“Being a member of #EndSARS protest does not grant you immunity if you have committed any crime against the land. The key thing is that you must be treated according to the laws.

“Even those whose accounts were frozen, the Central Bank of Nigeria went to court to seek permission to freeze the accounts. I am also aware that some of them whose international passports were seized had been returned.

“None can stop the government from investigating anybody, including #EndSARS protesters. Whoever you are and whatever you are doing, you must not take the laws into your hands.

“You must follow the due process because where your rights end is where someone else’s rights start,” he said.

Mohammed said there was no clampdown on the protesters and their supporters, adding that the government is following the due process in the investigations being carried out.

We Are In Trouble, Nigeria’s Unity Questionable - Goodluck Jonathan
Treat Mastorbation: Here Are 15 Rich In Zinc Food To Help Recover Fast
Share to...

an hour and 15 minutes ago