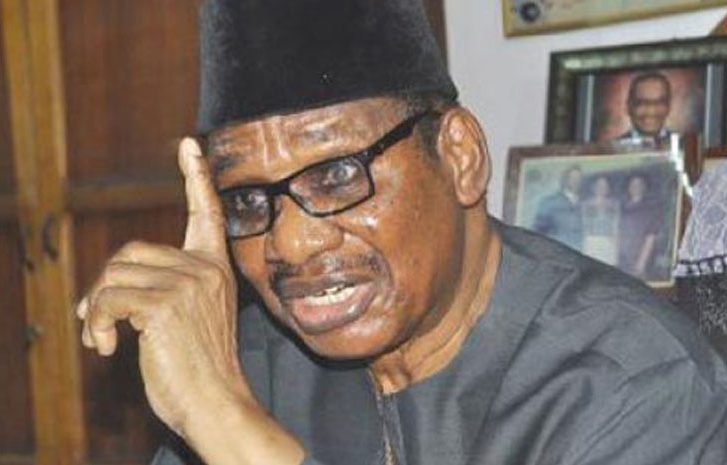 Prof. Itse Sagay (SAN), Chairman of the Presidential Advisory Committee Against Corruption (PACAC) has described the uproar over the China loan as a storm in a teacup, saying many Nigerians are displaying ignorance over the issue.

It will be recalled that the House of Representatives had raised the alarm over clauses in Article 8(1) of the commercial loan agreement signed between Nigeria and Export-Import Bank of China, which allegedly concedes sovereignty of Nigeria to China in the $400 million loan for the Nigeria National Information and Communication Technology (ICT) Infrastructure Backbone Phase II Project, signed in 2018.

The controversial clause in the agreement signed by Federal Ministry of Finance (Borrower) on behalf of Nigeria and the Export-Import Bank of China (Lender) on September 5, 2018, provides that: “The Borrower hereby irrevocably waives any immunity on the grounds of sovereign or otherwise for itself or its property in connection with any arbitration proceeding pursuant to Article 8(5), thereof with the enforcement of any arbitral award pursuant thereto, except for the military assets and diplomatic assets.”

Speaking in a chat with Daily Independent, Sagay said there is nothing unusual in the loan as Nigeria had experienced it before in the 70s.

He said "Looking at the reaction of the House of Representatives and a lot of Nigerians on this issue, my mind goes to the Biblical saying that my people perish for lack of knowledge.

The problem with Nigeria and the crisis they have created over this issue is due to pure ignorance. Thats all. It is a storm in a tea cup over nothing".

"Nigeria has already experienced this in 1977 when a judgment was given against the Central Bank on the Cement Armada issue and we had to pay the money. And we paid. The Trendex Trading Company took us to a court in London and we paid because the court said we are not entitled to immunity when we go to the market to do transactions as ordinary men. Thats the law and we paid".

"What we have signed now is nothing unusual. We have even gone through it before. I dont expect that we will default. But if we default and the Chinese decides to take us to the Court of Arbitration, which is most unlikely because of diplomatic relations".

"If they did, we are bound and we have to accept that. Its either we accept it or we shouldnt even look for International loans. Nobody is going to give us any loan which is protected by immunity. You cant be collecting loans all over the world and say nobody can sue you. That is not tolerable" .