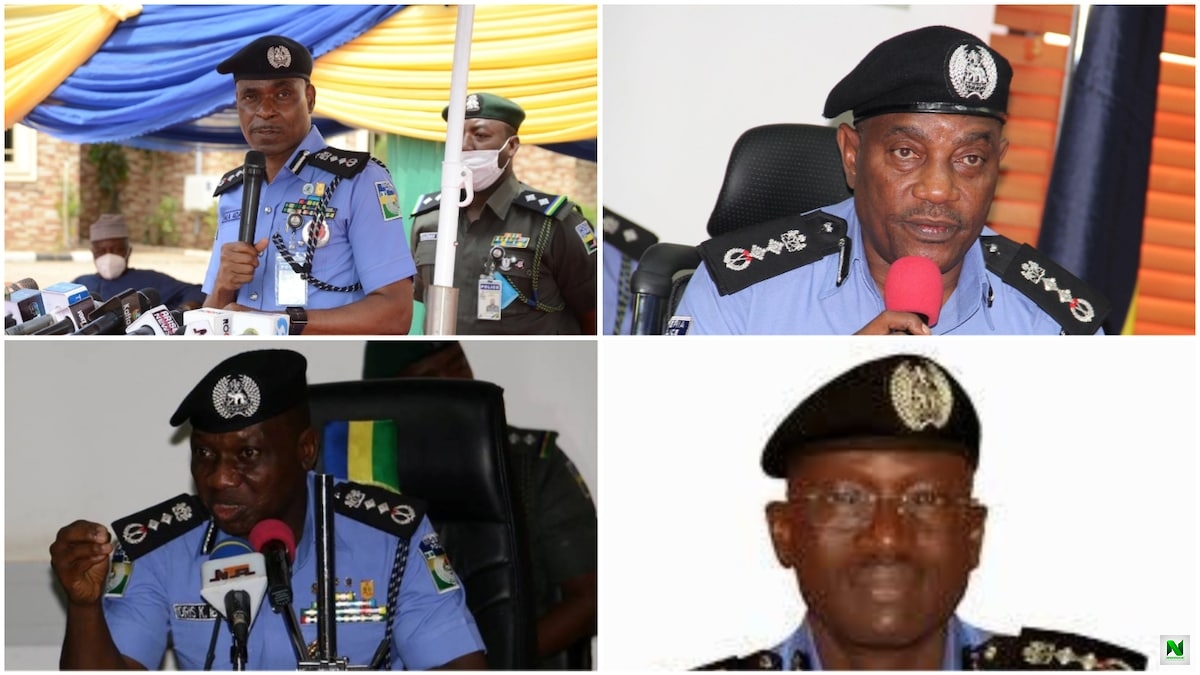 -Nigerias Inspector-General of Police, Mohammed Adamu, attained the statutory retirement age on Monday, February 1.However, he still remains in office at the time of filing this report as President Muhammadu Buhari is yet to appoint a new IGP.

As Nigerians wait for the presidents appointment of a new police boss, Legit.ng lists in the piece all the IGPs Nigeria has had since the 1960s.

Meanwhile, a new report has highlighted some senior police officers who may be considered for the top job as IGP Adamu is set to bow out.

One of the senior officers is Moses Ambakina Jitoboh, as Assistant Inspector-General of Police (AIG) in charge of border patrol.It is gathered that Jitobohs candidacy is being pushed by some influential persons, including former President Goodluck Jonathan. The AIG hails from Bayelsa state.

Nevertheless, the presidency has said President Buhari will not be driven by ethnic sentiments or affiliations in his choice of the next police chief.

Presidential spokesman, Garba Shehu, made the statement in reaction to agitations and calls from a section of the country that the next IGP should come from the southeast.

Shehu insisted that the president will only appoint someone who will ensure the security of Nigerians is better than what has been recorded.