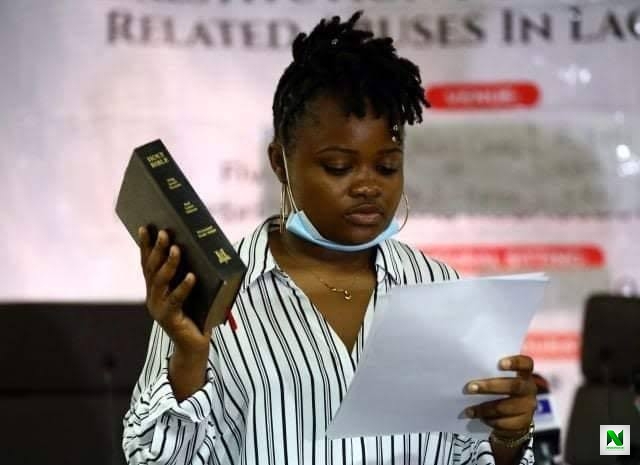 Rinu Oduala, a youth representative on the Lagos State Judicial Panel of Inquiry probing alleged killing of #EndSARS protesters by soldiers at the Lekki toll gate last October has stepped down from the panel.

She made the disclosure on Friday in a piece, ‘Let’s stay the course of justice, partial wins are not enough’.

The activist, who faulted the planned reopening of the Lekki toll gate, maintained that justice has not been served to victims of the Lekki shootings of October 20, 2020.

The PUNCH had reported that the panel, last Saturday, decided to hand over the tollgate back to its operators, Lekki Concession Company, after forensic experts submitted their report on the October 20, 2020 incident.

Both protests are slated for Saturday but the Federal Government, the Lagos State Government and the Nigeria Police Force have warned against any form of protest in the Lekki toll gate area or any part of the state.

In the piece today, Oduala said, “My stand on the reopening on the toll gate is clear; the state government and the private organisation operating the toll have not been cleared of collusion with elements allegedly deployed by the federal govt to target citizens on home soil during a time of peace, without provocation.