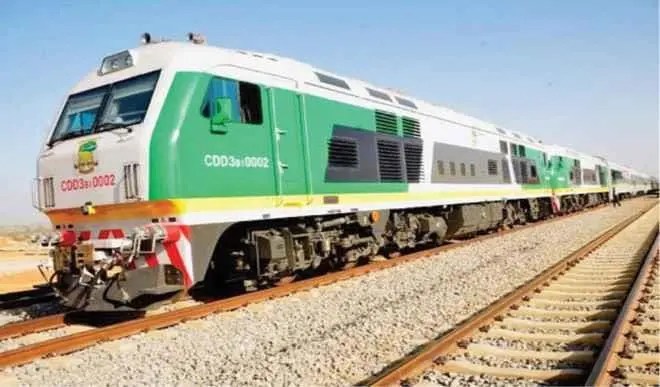 The Minister of Transportation, Mr. Rotimi Amaechi said the newly inaugurated 284km Kano-Maradi rail line, when completed in 2023 would convey 9,364 passengers and freight approximately 3000 metric tonnes of cargos on a daily basis.

Amaechi disclosed this during the ground-breaking of the railway line linking Katsina, Kano, Jigawa with Maradi, Niger Republic.

The project is being handled by an European engineering firm, Messrs Mota-Engil with a completion period of 38 months.

According to the Minister, the preliminary studies for the project started in 2012.

This implies that the project predated the present administration of President Muhammadu Buhari.

Amaechi said by 2015, the feasibility studies were completed indicating that $1.9bn project is of high viability.

“By 2015, the Ministry has concluded the feasibility studies for this route from Kano to Maradi and produced an Outline Business Case that attested to the high viability of this corridor for railway transportation.

“It was therefore listed among other prioritized railway and railway related projects,” Amaechi explained.

He said out of the length, the project has 25-kilometer extension to Maradi, Republic of Niger.

“The entire network of this project has 15 railway stations of different categories with major stations of approximately 3000 ft passenger capacity in the cities of Kano and Katsina and stations of standard categories in Kazaure,  Daura, Jibiya and Dutse,” the Minister added.

The Minister stated that with the ongoing Lagos-Kano project, the nation is positioned to deepen railway transportation across the country while at the same time boosting the socio-economic development.

“There is no doubt that this route when linked with the ongoing Lagos-Kano railway project on completion will generate higher traffic volume and revenue,” he stated, adding that the construction of the project will involve “local capacity and resources in line with the Presidential order on local content.”

“Mr. President has approved the development of railway infrastructure and related projects that are of significance to the nation’s socioeconomic growth and bring the Nigeria’s economy to become a key player in the region and globally.

“The objective is to establish railway network that is sustainable and strong to serve as a transportation backbone  and open a new path to positive economic transformation,” he added.

The Minister of Transportation in Niger Republic, Sadou Seydou said the project is important for both countries in strengthening transportation, economic development and peace and security.

The Minister who came with a high powered delegation from Niger said the project would help Niger Republic in the development of transport infrastructure and facilitate movement of goods and services across the border.

“This project is also an important landmark in the good relationship between Niger Republic and Nigeria,” he said.