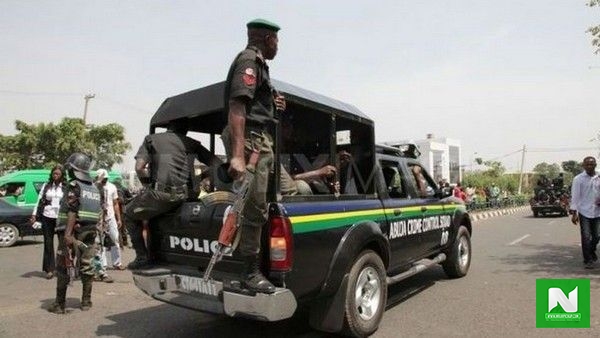 Operatives of the Rivers State Police Command have recovered a baby boy sold out by his grandmother, Victoria Christopher, and arrested the suspect and two others.

Victoria had abducted the baby and sold him for an undisclosed amount to child traffickers, over failure of the little boy’s father to pay for the wife’s bride price.

Mother of the little baby, Anthonia Christopher, said she managed to inform her husband of the development, in spite of threats from her mother.

Anthonia narrated: “My mother told me that she was going to sell the baby because my husband had not fully married me and I begged her not to, but she said if I continued resisting her from selling the baby, she is going to strangle me and my baby to death.

“Reaching on Thursday morning, the buyers came and took my baby away, as I could not bear it, I asked my mother why she sold my baby and she said if I exposed her, she would kill me.

Father of the baby, Christian Duru, said after his wife informed him of the crime, he informed the police, at Trans Amadi Division who immediately swung into action.

He said: “My wife called me in the night crying that her mother is wicked and has sold our baby boy.

“She described the place they were and pleaded with me to get there immediately, that her mother was looking for a new house to move to and also planning to destroy their sim cards so I could not reach them anymore.

“Immediately, I went to the police and logged a complaint and the police moved swiftly to the place and caught my mother-in-law when she was about to leave.”

“When my wife was about to give birth, her mother came to our house and insisted to take my wife somewhere for a check, meanwhile the last time my mother-in-law visited us and said she was going to take my wife to a place where she would give birth I refused and told her that I have already registered her somewhere else in Port Harcourt.”

However, the Public Relations Officer of the Rivers State Police Command, SP. Nnamdi Omoni, who confirmed the development, said the suspect would be brought to the command on Thursday.

Omoni noted that details of police findings and report would be disclosed to the public.