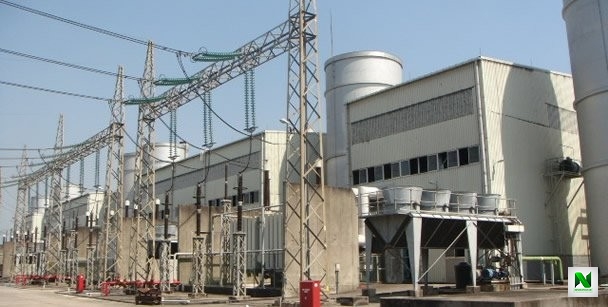 Nigeria may be forced to cut off power supply to the Republics of Niger and Benin over an outstanding N2.60 billion electricity debt.
Details of the unpaid electricity debt owed by the two countries are contained in the Nigerian Electricity Regulatory Commission (NERC) second quarter 2020 report released yesterday in Abuja.

The report indicated that of the N4.10billion (US$13.39 million) invoice issued by the Market Operator(MO) to international customers which included Societe Nigerienne d’electricite – NIGELEC, Societe Beninoise d’Energie Electrique – SBEE and Compagnie Energie Electrique du Togo–CEET), only CEET paid the sum of N1.51bilion (US$4.92million) in respect of services it received from the Nigerian MO.

The Federal Government had in December 2019, threatened to disconnect Togo, Benin and Niger Republic from electricity supply over non payment of their electricity bill to Nigeria.
Immediate past Managing Director of the Transmission Company of Nigeria (TCN), Usman Mohammed, had explained that prior to his emergence as the Managing Director of TCN, Benin and Togo owed Nigeria more than $100 million.

The demand for international customers who receive electricity from Nigeria to pay their bills or be disconnected has been ongoing for years from Nigeria Electricity Supply Industry (NESI) which supplies electricity to Togo and Benin. Both countries, and Niger Republic receive 300 megawatts electricity supply each from Nigeria.

Meanwhile, NERC in the report disclosed that the total electric energy generated in the second quarter of 2020 was 8,734,927MWh –1.40 per cent more than the energy generated during the preceding quarter.

Within the same quarter, it stated that the industry recorded a peak daily generation of 5,316MW while the available plant generation units increased to 73 from the daily average of 66 units recorded in the preceding quarter.
‘‘Although the increase in the available generation units in the second quarter of 2020 led to 1.40 per cent increase in the total power generated, capacity utilisation rate fell by 8.16 percentage points during the period under review.

This reduction was attributable to constraints relating to gas supply shortage, and transmission and distribution networks bottlenecks. The aforementioned industry constraints have continued to pose major technical and operational challenges to the industry.

The resolution of technical and operational constraints in NESI remains one of the top priorities of the Commission. The Commission has continued to work on resolving the DisCo-TCN interface bottlenecks to free up part of the stranded generation capacity by addressing the technical constraints inhibiting the flow of energy’’ the report stated.

NERC said it was also reviewing the Performance Improvement Plans (“PIPs”) filed by DisCos and requested additional information and clarification from some DisCos to enhance the quality of the PIPs. According to NERC, the PIPs, which were prepared in accordance with the Commission’s guidelines, is for the period 2021-2025 with an overall objective of ensuring that utilities invest in projects that are critical to addressing technical and other challenges affecting operational efficiency.

NERC explained that the review of the PIPs is expected to among others appraise; DisCos’ proposed utilisation of capital and operating expenditure allowances for relevance and cost efficiency, the investments required by DisCos towards addressing bottlenecks in the distribution networks to free up part of the stranded generation capacities and address other related constraints inhibiting the flow of energy to end-use customers, and the investments required by DisCos to improve service delivery to end use customers.

On the comparative summary of the system stability performance of the national grid for 2020/Q2 and 2020/Q1, the report shows a slight decline in the grid network stability during 2020/Q2 relative to 2020/Q1.

First Batch Of JF-17 Nigeria Fighters To Be Delivery From Pakistan Soon
Treat Mastorbation: Here Are 15 Rich In Zinc Food To Help Recover Fast
Share to...