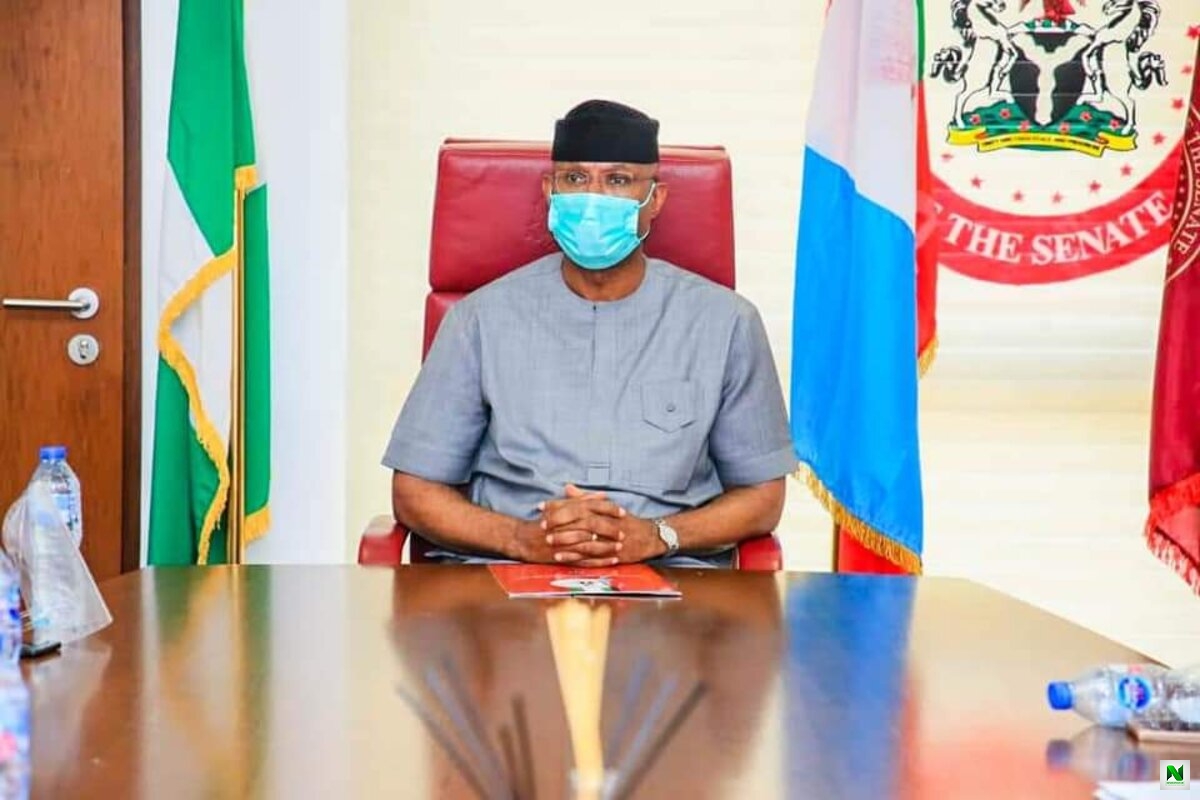 The Deputy President of the Senate, Ovie Omo-Agege, has appealed to members of the Reformed Niger Delta Avengers to halt their planned attacks on oil facilities in the region.

He said going ahead with their threat would create economic setback for the country and cause additional environmental degradation in the area.

Omo-Agege’s appeal, according to a statement by his media office on Wednesday, came on the heels of recent threats by a coalition of nine militant groups in the Niger-Delta region.

The coalition had expressed its preparedness to resume hostilities by attacking oil and gas facilities if the Federal Government did not meet the demands of #EndSARS protesters across the country.

The militant groups under the aegis of the RNDA, had after an emergency meeting in Delta State last week, announced their preparedness to dump the ceasefire accord with the Federal Government and engage military forces.

Specifically, they threatened to resume attacks on some identified oil facilities in the region if nothing was done to redress the issues of poor welfare, armed oppression and inequality in the standard of living between the citizens and political elite.

However, Omo-Agege, according to the press statement, appealed to the youths to sheathe their swords when he met a delegation of Oil and Gas Host Communities of Nigeria, in Abuja.

The delegation was led by Chief Wellington Okrika.

He assured them that their demands would be tabled before the Presidency.

He said, “Whatever it is, we must maintain peace in the Niger Delta. I say this in view of the new agitations by the Reformed Niger Delta Avengers.

“We are just coming out of the #EndSARS protest which, of course, we all witnessed how a peaceful protest was hijacked by those with sinister agenda.

“We are all witnesses to what happened afterwards even when we must acknowledge that in a democracy, protest is a right provided those that do it do so peacefully without abridging the rights of others.”

He added, “We are here to champion their request. We don’t want the peace of the Niger Delta to be disturbed or disrupted. We are here to protect the interest of our people.

“I may be the Deputy President of the Senate today but, I am first of all, a Senator representing my people. I am here and I am your own. I am your eye. We shall not disappoint you.

“Take this commendation to our brothers in the creeks that they have done well in keeping the peace and we will table their request before the authorities as they have channelled that request through me. We shall ensure the right things are done.”