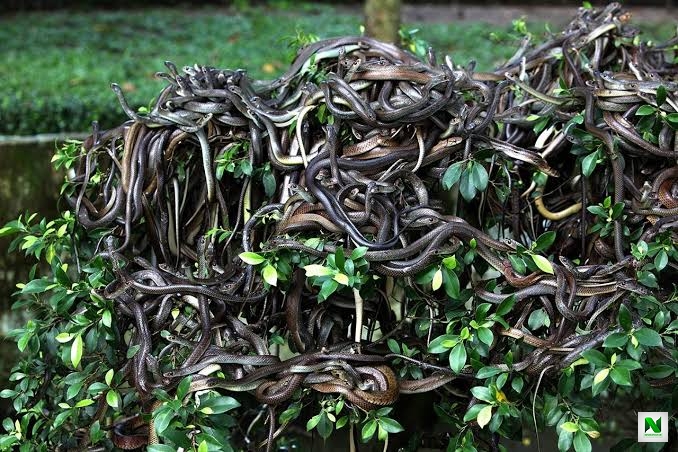 Travelling is no doubt fun.. If you are a thriller seeker; travelling to far away places is indeed the energy that drives excitement.

There are places however that do not entertain much visitors. Some of these places are extremely remote while some accommodate the “permitted”

Nigerians are known to travel a lot; this is exceptionally true for the rich and wealthy, no doubt, majority of Nigerians cannot afford a trip abroad. I have done my research and here are ten places no Nigerian has ever been to. 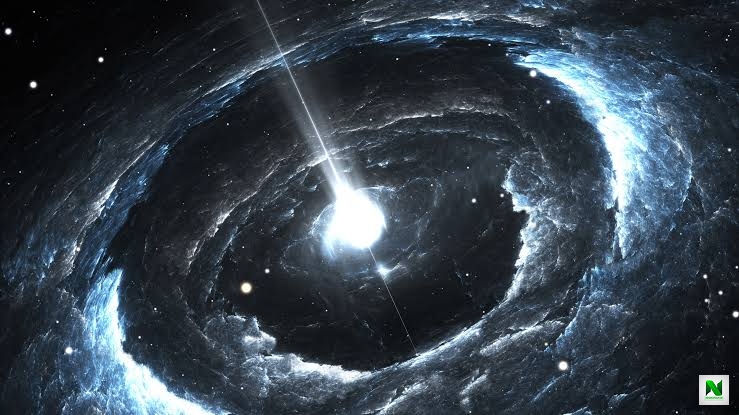 1. Space: As of June 17, 2018, a total of 561 people have gone to space. As of November 6, 2013, a total of 536 people from over 40 countries have gone into space according to the FAI (Fédération aéronautique internationale) guideline. 62% of the world’s space travelers, represented by 335 individuals, have come from the United States. USA and USSR or Russia were the major countries who have contributed in space work since the beginning years. Later, it was followed by many other countries, both developed and developing such as Germany, China, Japan, Canada, France, Italy and more. Unfortunately or rather should we say unluckily for Nigeria, no Nigerian has been to space. You could be the first to be there; but you got a lot of studying to do!

2. North Sentinel Island, India: This island is known to be a very creepy place. Thanks to the hostile natives who have resisted any form of civilization and till this day, they remain primitive. The North Sentinel Island is one of the Andaman Islands that politically belong to India. 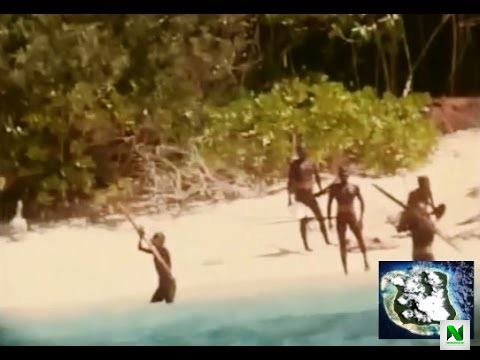 The island is known for picturesque pristine beaches and stunning nature. However, the native tribes are extremely hostile and violent toward any outsiders. They reject any contact with other people and have been even known to kill several intruders. No wonder the access to the island is strictly forbidden. Just last week, a missionary John Allen Chau, broke rules, and tried to reach out to the sentinelese; he was killed. So far, no known Nigerian has been there. Life is precious.

3. Snake Island, Brazil: Here in Nigeria, people eat snakes; and it is a popular delicacy especially among the locals. However snake island is a place no Nigerian wants to visit. This Brazilian island is home to thousands of highly venomus snakes. Ilha da Queimada Grande, also nicknamed Snake Island, is the only home to thousands of highly venomous golden lancehead pit vipers. The island is located about 90 miles offshore and access is strictly controlled by the Brazilian government. Experts’ estimates claim that there is one snake for every three square feet in some spots. Annual visits by the navy to look after the lighthouse are always conducted with a doctor present as bites can cause internal bleeding, kidney failure, and death. Although the snakes are dangerous, the real reason the island is closed to the public is to protect the critically endangered snakes from poaching. No Nigerian even wants to be here!

4. Lascaux Caves, France: Recall what you learnt in history class about historic painting in france by the early men during the paleolithic age. These caves are highly secured due to the valuable prehistoric paintings they contain. These cave paintings have been traced back to 20,000 years ago! Sadly, the caves have been banned to the public since 1963, as they have been invaded by fungi and black mold, both detrimental to human health. Plus, human presence is considered destructive to the works of art. No Nigerian has been there.

5. Area 51, Nevada USA: Theorists and conspirators have numerous tales to tell about this place. Most notable of all, is that it is a base for aliens and UFO sightings! weird right? Area 51 is arguably one of the most secretive places on earth. Also known as Groom Lake, the United States Air Force base’s purpose remains unknown to the public, leading to wild speculations and conspiracy theories. It is commonly thought that top-secret aircraft and weapons technologies have been developed and tested in Area 51 since the facility was established by the Central Intelligence Agency (CIA) in 1955. Others believe the area is home to numerous UFOs(unidentified flying objects) and that aliens are being held captive there! Although Area 51 was never declared a secret base, it took until 2005 for the U.S. government to publicly acknowledge its existence. Access to the area around Groom Lake, is controlled by vigilant surveillance and motion sensors, and is off-limits to civilians and the airspace above is a no-fly zone for commercial aircraft.

6. Qin Shi Huang, Xian China: Buried under a 250ft high hill, the tomb of China’s first emperor Qin Shi Huang, who died in 210 B.C., remains a mystery. The 1974 massive discovery of the life-size terracotta warrior army is one of the greatest archaeological finds of all times and lead to more than four decades of excavations. The grave of the emperor they are guarding and an estimated 6,000-8,000 additional warriors have remained undisturbed for more than two millennia. It is not likely that the tomb will be opened anytime soon, neither for scientists nor tourists. From booby traps mentioned in ancient literature to the large scale of the underground palace itself, it appears that no technology worldwide is ready to deal safely with the excavation. No Nigerian has been here.

7. Vatican Secret Archives, Vatican: Many Nigerians are catholics; but none has been allowed to visit the Vatican secret archives. These archives Contain important state papers, correspondence, papal account books, and many other significant documents which the church has accumulated over the centuries, the Vatican Secret Archives are among the most forbidden places in the world.

In fact, it was not until 1881 when Pope Leo XIII finally allowed at least some researchers to view some of the contents. These days, only highly qualified scholars may apply for entry. Even then, there are very strict limitations to what accepted scholars can actually view.

8. Room 39, North Korea: Room 39 is a secret organization associated with the dynasty of the North Korean dictators, the Kim family.

The department is believed to finance the family and top party officials with business ventures — some legitimate and some not — that include counterfeiting and drug-smuggling. The actual Room 39 is thought to be located inside a ruling Workers’ Party building in the capital city of Pyongyang. No Nigerian has visited this secret room.

9. Coca-Cola Vault, Georgia, US: Till date, No one knows for sure the secret formula involved in the production of Coca Cola, or Coke as known by most Nigerians. The legendary secret formula for Coca Cola, one of the world’s most highly regarded trade secrets, is kept in the Coca-Cola Vault in the World of Coca-Cola Museum in Atlanta, Georgia. A very closely guarded and best-kept secret, the formula for Coca Cola represents over 125 years of history, special moments, memories, and the timeless appeal associated with the iconic beverage. No Nigerian has successfully entered if not, we would have been the world’s largest manufacturer of the well relished drink.

10. Svalbard Global Seed Vault, Spitsbergen, Norway: Granted, it’s not very likely that you’ll ever make it to the small Norwegian island of Spitsbergen, about 810 miles from the North Pole. But if you do, the Svalbard Global Seed Vault is definitely off limits. Deep inside a mountain and earthquake proof, this is where the world’s most prized crops are stored. Since 2008, almost every country in the world has entrusted the seed vault with specimens totaling more than 865,000 different samples, out of which 150,000 are rice alone. The facility on Spitsbergen serves as a backup to the more than 1,700 genebanks worldwide, ensuring against man-made or natural disasters. As the seed vault in Norway acts as a copy, no access is granted to researchers, scientists or breeders. No Nigerian has been here!

BBNaija’s Nengi Pleads With Laycon To Buy Her The New Iphone 12 (Video)
“Time To Start Questioning Our Parents” – Denrele Edun Happy As He Meets His Lookalike
Share to...

Love In The Air! Singer, Oritsefemi, Tenders Public Apology To His Wife Ask Asks Nigerians To Help Him Beg Her
BBNaija: See What Was Written On The Nose Mask Laycon Wore Today That Got Nigerians Talking
Our Lives Threatened By Enugu State Government Over EndSARS Protest - Phyno Cries Out
A Black American Shot Ten Times By US Police Officers, Sparks Protests (Video)