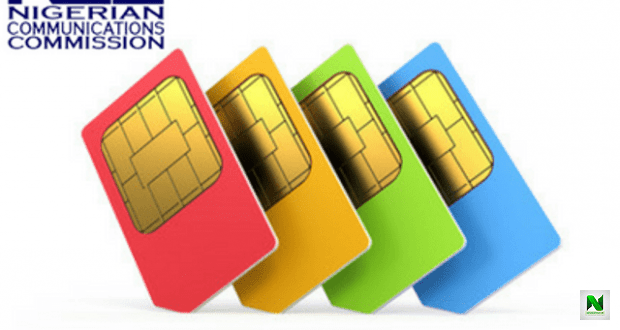 The Nigeria Communications Commission (NCC) has expressed concern over the activities of a syndicate that specialise in selling ‘active registered SIM cards’ in Kano saying the state has now become a breeding ground for pre-registered SIMs.

The Executive Vice Chairman of the NCC, Prof. Umar Danbatta, expressed the worry while speaking with newsmen in Kano on Sunday.

He said the commission had recently discovered the syndicate that specialised in selling active registered SIMs to members of the public, adding that some culprits had been apprehended and handed over to security agencies while investigation was still ongoing.

The NCC boss said it had become necessary for the media to sensitive the public on the dangers associated with the purchase of SIMs that had been registered.

He said the commission would not rest on its oars until when all the perpetrators of the illegal act were apprehended because it was a crime against the country and endangered the security of the citizenry.

“It is an important civic responsibility commensurate with registering to vote to ensure that when you buy a new SIM, you register the SIM yourself because you owe a duty to yourself, to this country and to safety of the citizens of this country to ensure you register every new acquired SIM before it is activated.

He said the commission would continue to appeal to Nigerians especially the citizens of Kano to desist from taking the risk and assist the commission and the Federal Government by ensuring that they lived up to their civic responsibilities.

On Kano digital park which is under construction, he said plans were also underway to deploy a digital park in each state of the federation, adding that the commission would start with the six geographical zones.

“Kano has one and there are three more making it four –  Lagos, Enugu and Maiduguri. We are building two more in the 2020 budget in Gombe and Ibadan,” he added.

He said the idea was to ensure that more digital parks were constructed and equipped in order to serve people living in the areas.

Soldier Arrested For Jumping ATM Queue, Flogging Bank Customer
These Were the Top 2 Nigerian Music Albums of 2021
Share to...