Internet usage changes during the pandemic in Nigeria
By 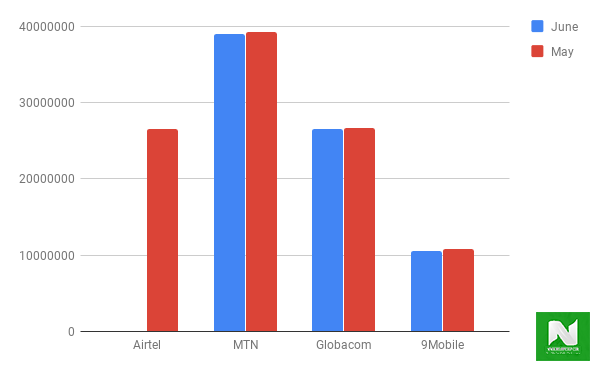 While the country of Nigeria is no stranger to internet services, having had mainstream internet access since 1995, there has been a significant shift in usage patterns over the last few months due to the COVID-19 pandemic. Nigeria has seen steadily growing access to the internet among its population - the country had over 113 million active internet users in 2019, which rose to 135 million by March 2020. It is predicted that 9 out of 10 Nigerians will have internet access by 2023, showing just how important and vital the service will be to the daily life of Nigerians in the years to come.

However, the COVID-19 pandemic has put all of those estimates in jeopardy, perhaps in a positive way. With lockdowns and restrictions in place, millions of Nigerians have been forced to stay at home for their own safety for the past few months, with the result that internet services have skyrocketed. Everything from shopping to entertainment, education to information, and even socializing with other people, is now being done over the internet, which has naturally meant that usage numbers have increased by a large amount. We will look at some of the ways in which the usage of the internet has changed in Nigeria over the last few months -

Entertainment - There has been a global surge in the demand for online entertainment during this time, so much so that Netflix reduced the quality of streaming on its European servers during March and April to be able to cope with the increased demand. That is just one example of how people have been looking for entertainment sources online while being stuck at home. Many other online resources have also seen huge spikes in demand. In the case of Nigeria, the best example can be seen in the case of online casino games. With land-based casinos being shut, Nigerians, who have always been very fond of gambling and games of chance, took to the internet to play casino online games, with more and more gambling sites being made available to take advantage of this increase in demand.

Increase in internet subscriptions - At the end of March 2020, there were 135.6 million internet users in the country. This increased to 140.7 million by the end of May, meaning that more than 5 million new subscribers were added in just two months, which is a huge spike no matter what the circumstances.

Improved internet speed - One of the effects of this increase in demand was that internet speeds initially suffered, with many regions receiving below-par services as telecom and data providers struggled to improve their capacity. However, things have improved now, with more than 70% of internet traffic now coming from localized exchange points, which improves the internet speed being provided. This is in sharp contrast to the scenario a few years ago, where, in 2012, only 40% of Nigeria’s internet was being provided through local exchange points.

Increased online transactions - Online commerce and selling went through the roof in Nigeria once lockdown was imposed. Many Nigerians even saw this as an opportunity to enter a booming sector and set up digital marketing businesses and other online ventures, especially those who had lost their jobs due to the pandemic.

Online education - In a similar vein, we have seen online education also receive a boost in Nigeria, as schools and colleges have had to close to comply with government restrictions on movement and assembly of people. Most learning institutions were able to quickly adapt and roll out distance learning programs, with online platforms being used to provide lectures and assignments to students. Video calls became the preferred method to conduct classes, and these measures have been so successful that it