Video: Soldier Harasses Citizens In Ibadan, Extorts Them And Beats Woman For Dressing Indecently
By 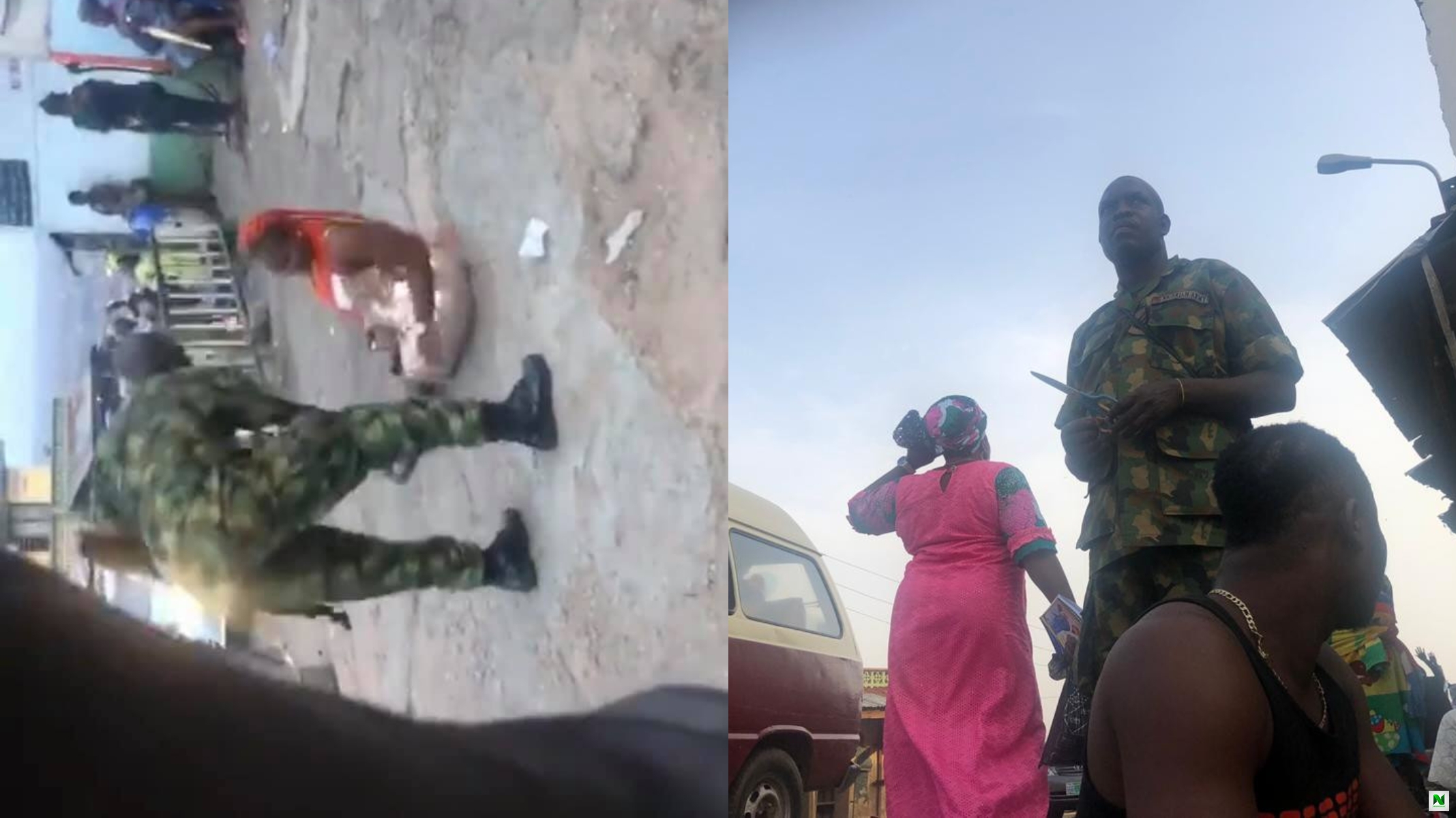 A video has been sighted on social media which has a military man beating up a lady with a belt for indecent dressing in Beree community in Ibadan, Oyo State.

Another video was sighted which has the same soldier harassing and cutting the hairs of some by-passers and extorting them as well.

An eyewitness alleged that residents of the area now live in fear following the “extreme actions” of the soldiers in the state where there is no curfew. One of the soldiers was also identified as “O. Adesina”.

These actions of the soldiers might spark up another chaos after the police brutality. Leaders in Nigeria should address the rate at which security agencies in the country are harassing citizens for no reason.

Fact-Check: Did Desmond Elliot Call For Social Media Regulation As Widely Claimed?
These Were the Top 2 Nigerian Music Albums of 2021
Share to...