EndSarsNow: My Son Was Nearly Kidnapped In Front Of Our Gate-Omobola Johnson Former Communication Minister
By 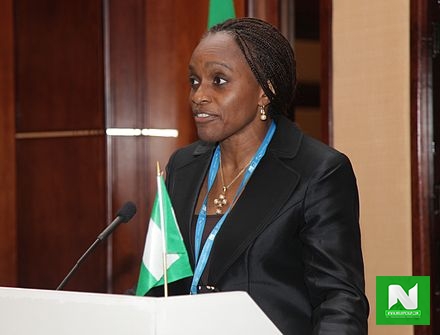 Nigerian former and first Minister of Communication Technology in the cabinet of President Goodluck Jonathan has Mrs. Omobola Johnson joined the protest to endsars now

According to her Nigeria’s law of loitering that was established during the colonial times is still effective in the country and needs to be abolished.

The only thing that save him was he kept quit without challenging the police officer if not, no one knows what will happen.

My son was in front of our gate. He was told he was loitering. He was explaining that he lived there. The policeman cocked his gun and threatened to shoot him if he spoke again. My son kept quiet. Thank God he did. We really have to put an end to this.

The country needs to support the youth in their protest as the officers the laws ae affecting all classes not only the poor.