EndSars Now: Nigerian Youths Really Angry, They Take Protest to Police Station As They Destroy Anything In Sight
By 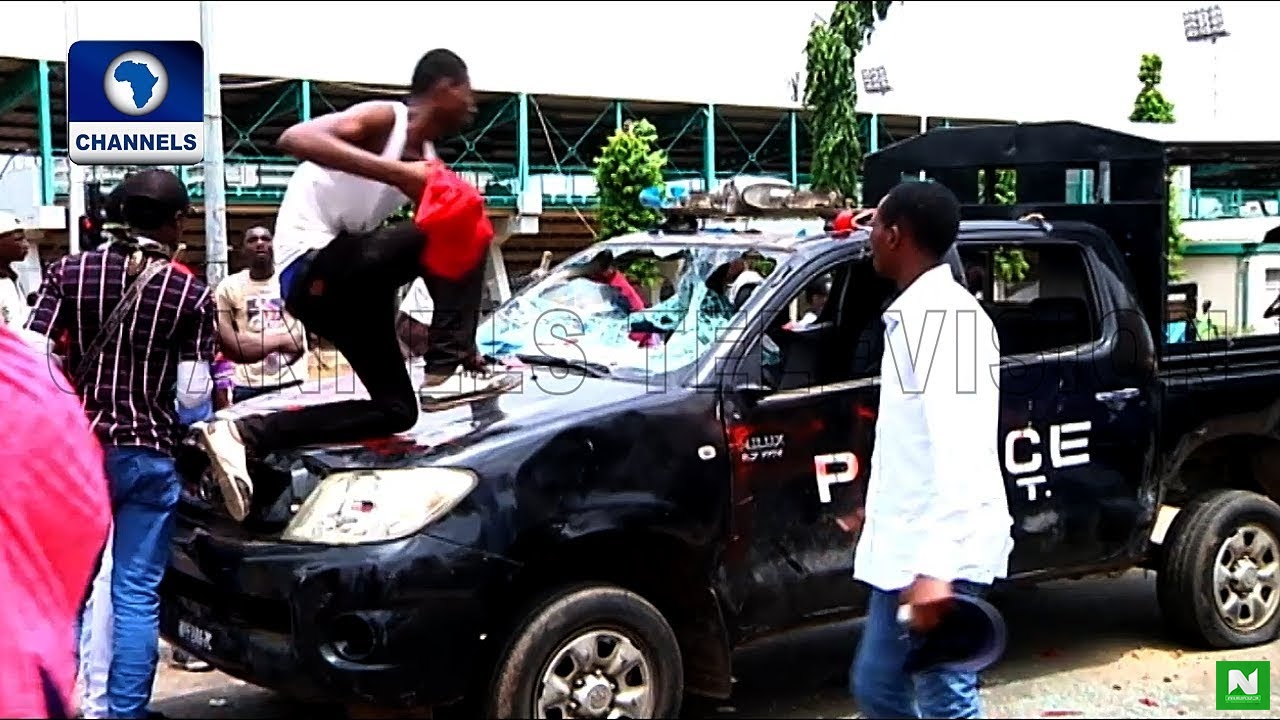 Protesters have now carried their grievances to the police stations and destroying anything they come across.

The protest, which started off on social media and endorsed by the country’s top musicians has now hit the streets with thousands of Nigerian youth voicing out their disaffection for the violent Nigerian unit. End Special Anti-Robbery Squad (END SARS) is a social campaign in Nigeria opposing the Special Anti-Robbery Squad, a unit of the Nigerian Police Force over a series of brutalities visited on innocent Nigerians especially the youth.

On Sunday Nigeria’s inspector general of police, Mohammed Adamu banned the Sars unit from carrying out stop and search duties and setting up roadblocks. He also said members of Sars must always wear uniforms and promised the unit would be investigated.

In the video attached to this report, some youth besigned a police station and started destroying a truck and practically everythin around.

‘I Got Nigerian Roots So I’m Praying For Y’all’ - American Rapper Big Sean Says As He Joins EndSars Protest
These Were the Top 2 Nigerian Music Albums of 2021
Share to...