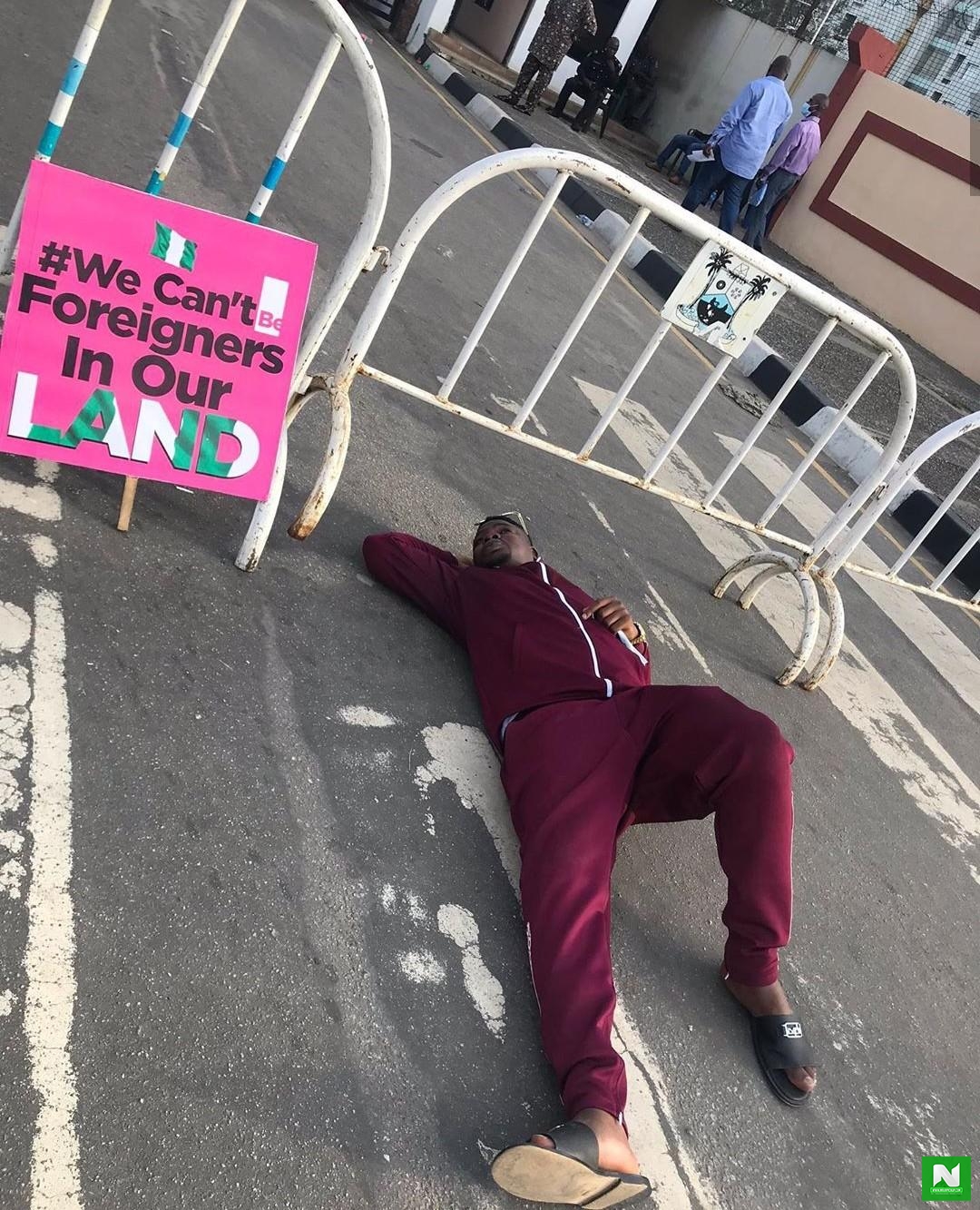 Nigerian comedian, Mr Marcaroni was part of the celebrities who led the protest against police/Sars brutality.

In a series of tweets, the well known comedian vowed to make sure the government hears their cry and end Sars.

Mr Macaroni revealed in a series of tweets that there would be another protest if the government does not pay heed to their demands and end police brutality in the country.

He wrote, “Just heard that another youth got shot in Delta. We are not leaving Alausa tonight!! We are sleeping in front of the Government House. Someone must take responsibility! #AlutaContinua #EndSars.”

See photos of Mr Marcaroni as he sleeps on the floor;

Davido Is The Number One Afrobeat Artist In The World - Stonebwoy
These Were the Top 2 Nigerian Music Albums of 2021
Share to...