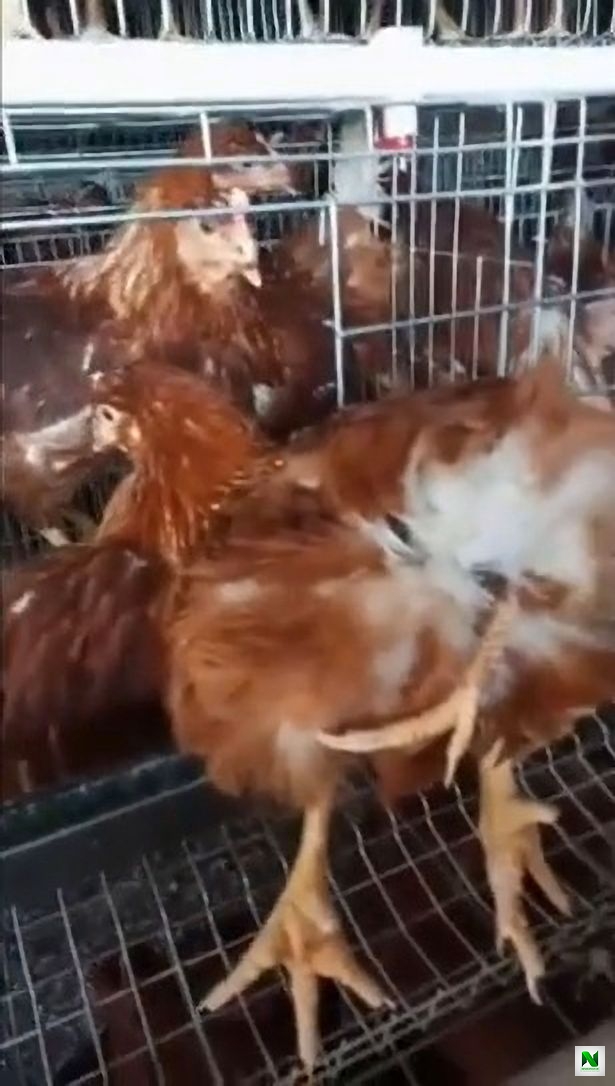 The helpless creature was filmed dangling off the edge of a cage, apparently struggling to move, in a farm in China. It has become a local celebrity thanks to its unusual appearance

A mutant hen with two legs protruding from its bum has been filmed struggling to move in China. The poor creature was filmed by its owner in the city of Bayannur in Inner Mongolia.

In the clip, the extra pair of legs can be seen coming out from the hen’s behind. It appears to be dangling off the edge of a cage, seemingly unable to stand up.

According to news source The Paper, the chicken was otherwise normal except for the two additional legs but it did have problems balancing and moving around.

The owner claimed that, when it was born, the hen looked no different to the other chickens. But after a month, it started to grow the two extra legs.

The creature’s unusual appearance has since seen it become a local celebrity, with residents flocking to the farm to get a look.

Dean Wang, of the Inner Mongolia Academy of Agricultural And Animal Husbandry Sciences, said the deformity could be caused by the chick’s “embryonic development”.

“There are many reasons for it,” he explained. “The mutation may have been caused by external factors or genes, but incidents like this are very rare.”

Curfew Now 10pm To 6am In Lagos - State Government
Treat Mastorbation: Here Are 15 Rich In Zinc Food To Help Recover Fast
Share to...