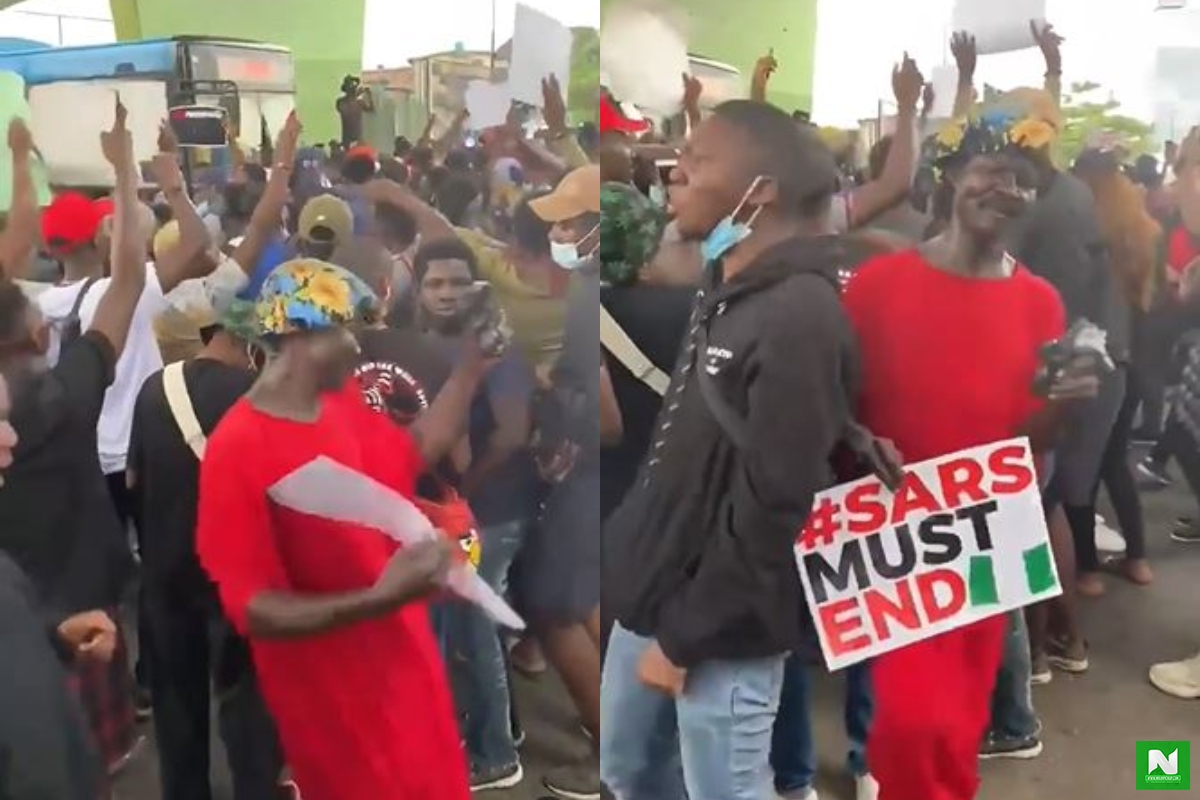 Although the president has disbanded the Special Anti-Robbery Squad in the police force, protestors have shown adamant insistence on doing things the right way.

According to them, dissolving SARS should be made concrete and also the salaries of police personnel must be increased. While the government showed an unwillingness to listen to their demands, the protestors blocked the toll gate and turned it into a beach jam.

In a video circulating on social media, the protestors could be seen happily singing and dancing to Davido’s ‘FEM’ song which was blasted in loud speakers.

Moment Police Officers Beat Up Female Protesters Over Taking Video
These Were the Top 2 Nigerian Music Albums of 2021
Share to...