A Nigerian man invoked his wrath on former Big Brother Naija housemate, Natacha Akide for showing up at the end of the protest and demanded microphone from the protestors.

The unidentified man said that Tacha came through at the last moments of the protest with two bouncers  when the protest was almost over and requested for microphone to speak to the crowd.

According to him, the reality star and vlogger’was only interested in getting attention in his response to her actions, he insulted him describing him as a stupid dirty smelling girl and cursed her generation.

“Stupid dirty smelling girl, You no come out for beginning. No be your mates for Big Brother follow us Waka, God go punish your generation?”, He screamed. 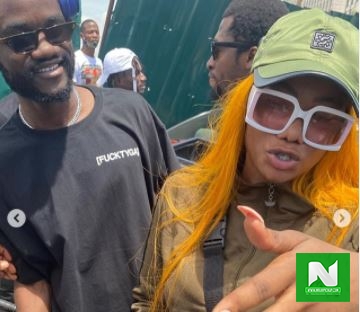