Babalawo In Court: Omoyele Sowore Reveals Why He Stormed Court With 'Herbalist'
By 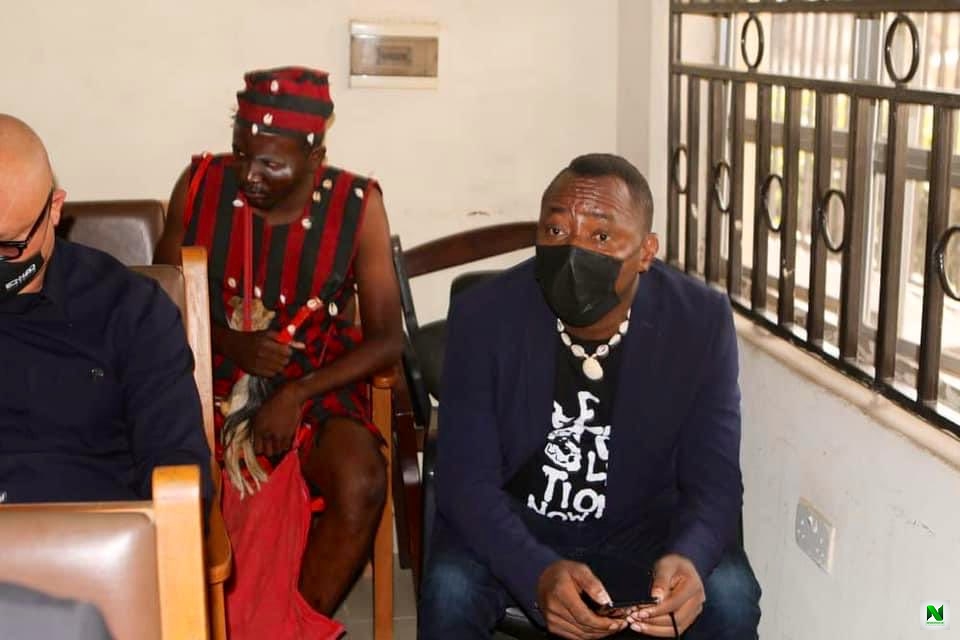 Nigerian activist and RevolutionNow convener Omoyele Sowore has revealed why he was seen in court with a 'Juju man'.

Sowore who spoke to BBC Pidgin said that the man who wore the traditional attire normally associated with 'Juju men' is not a herbalist or a 'Juju man' as many described. He said the man is an African man who accompanied him to court dressed in what represents his belief.

The human rights activist stated that the reason for the man being there was to discourage people who always look down on African traditions, cultural beliefs, and fashion.

Sowore and the man in traditional attire

According to Sowore, another reason for the mans presence was to change the belief that European cultures are better than those of Africans.

He dished that the statement he was trying to make while making his court appearance was "Pan Africanism"; breaking the stereotype that African traditions, cultural beliefs, and fashion are inferior to those of the white man.

Speaking further, Sowore added that the man appeared in court to show him solidarity, the same way Christians and Muslims follow him to courtrooms to show him support.

Pictures of Sowore and the man in the traditional attire had gone viral, with many calling him names like 'Sowores herbalist', 'Ifa Priest', 'Bodyguard', etc.

While some had hailed the man, saying that he was promoting his African heritage, others had said that Sowore had resorted to fighting the federal government through traditional means.