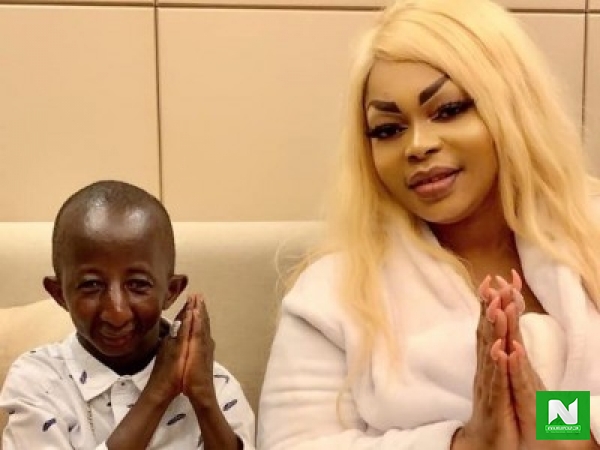 In the video that popped up, Grand P was seen in the video having seks with his wife Eudoxie Yao, and as usual, its went viral just minutes after it surfaced online.

Grand P and his wife Eudoxie Yao trended after the video was leaked, this led the couple to warn those allegedly attempting to tarnish their image to desist from doing so.

Grand P took to his Facebook page to relay how unhappy he was about the leaked video.

See some of the reactions;