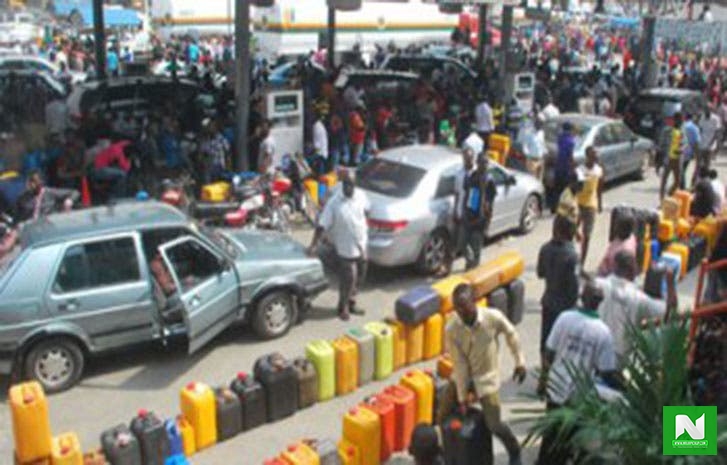 The Federal Capital Territory (FCT), Abuja and other parts of Northern Nigeria will experience huge fuel scarcity as the Petroleum Tanker Drivers (PTD), on Wednesday, ordered immediate stoppage of distribution of petroleum products from Lagos to the Northern part of the country till further notice.

A statement signed by Otunba Salimon Oladiti, the PTD National Chairman, said the action became imperative, following the shut out of heavy trucks including tankers from using all the link roads in Minna, Niger State.

The Niger State Government had in a letter signed by Abdullahi Imam, the Permanent Secretary, Ministry of Transport and addressed to the state chairman of PTD, informed them of the government decision to shut down major roads leading to Minna, effective from midnight of September 15, 2020.

The letter, dated September 9 read: “You are aware of efforts of the Niger State Government to rehabilitate Minna Bida road and the major roads leading to Minna. These efforts have largely been frustrated because of the heavy presence of heavy trucks plying these roads.

“In view of the foregoing, we hereby notify you of the government’s decision for a total shutdown of all major roads linking to Minna to heavy trucks from 12 midnight of September 15, 2020.

“You will please bring this information to all your members in order to guide them to find alternative routes for their movements.”

In a swift response to this, the National Chairman of PTD said their members will stop lifting products from Lagos to the Northern part of the country from Thursday.

Otunba Oladiti said: “We want to use this medium to inform the general public that from Thursday, September 17, our members will not be lifting products from Lagos to the Northern part of the country because the Niger State Government has shut out heavy-duty trucks including tankers from passing through the state.

“The only alternative road is not motorable. This is Bida- Agai- Lapai- Lambata road. In fact, this road is a death trap. When we got wind of the plan of the Niger State Government to shut the roads about weeks back, I spoke to the Minister of Works through one of his aides and he assured that the ministry would do palliative and remedial works on the road. Unfortunately, over two weeks after our discussion, nothing has been down on the roads.

“In the letter to our State Chairman, the Niger State Government through its Ministry of Transport dated September 9, 2020, by the Permanent Secretary in the Ministry, Abdullahi U. Imam informed us about its decision to shut out all heavy trucks vehicles from passing through the link and major roads in the state from Tuesday.”

He added: “Consequently, we have directed our members to stop lifting products from Lagos to the northern part of the country until further notice.

Messi Celebrates 20 Years In Barcelona
These Were the Top 2 Nigerian Music Albums of 2021
Share to...