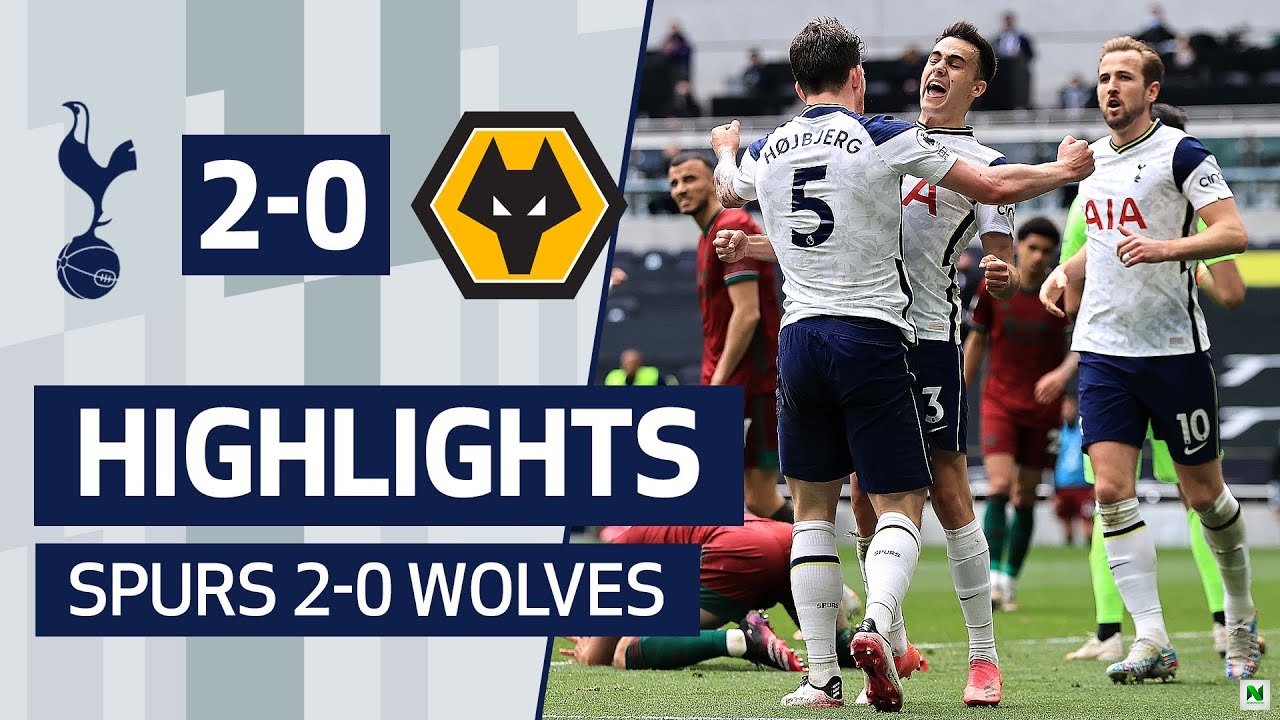 Tottenham strengthened their European qualification hopes with a 2-0 win over Wolves which moved them into the top six.

Harry Kane opened the scoring with a goal that advanced his chances of winning the Premier League Golden Boot and Pierre-Emile Hojbjerg doubled the lead after the break.

It was Kanes 22nd goal of the season, taking him back in front of Liverpools Mohamed Salah in the race for a prize he has won twice before, while he also hit the post twice.

Spurs can still mathematically make the top four, but Europa League qualification is looking much more likely and a sixth-placed finish is in their own hands with two games to go.

Wolves campaign is petering out and this loss condemned them to a bottom-half finish for the first time since their return to the top flight.

Surprisingly, Kane had yet to score since one of his best mates Ryan Mason had taken temporary charge but he was on a mission to put that right from the off.

In the fifth minute he was cursing his luck again as he struck the post with an effort from distance. It was the eighth time he had been denied by the woodwork in the Premier League this term – more than any other player.