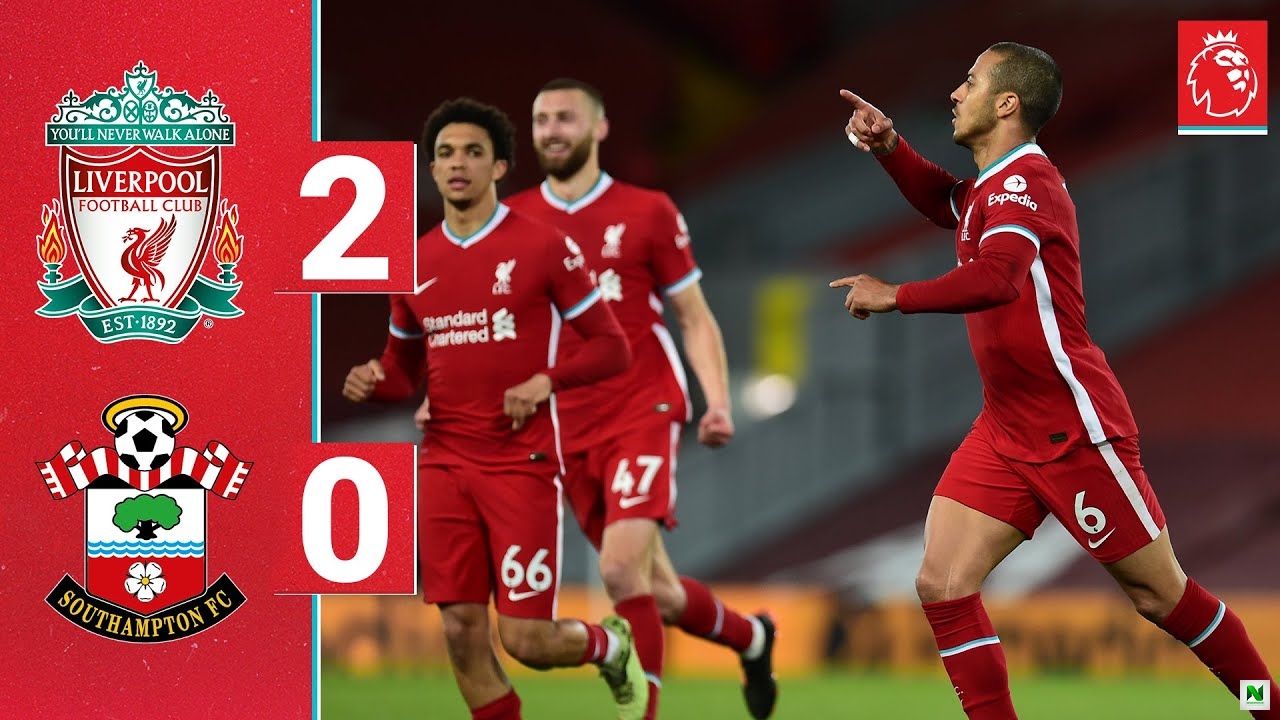 Liverpool midfielder Thiago Alcantara says Jurgen Klopps men will keep "fighting for a small miracle" to make the Champions League places after scoring his first goal for the club in the win against Southampton.

It is a victory that puts pressure on fourth-placed Leicester City, who lost 4-2 to Newcastle United on Friday.

Klopps men took full advantage of Leicesters defeat by moving within six points of the top four - and have a game in hand on the Foxes.

Alisson gifted Southampton a chance to equalise late in the game when he passed straight to Che Adams, but the Brazil goalkeeper made amends by saving the Scotland strikers shot.

Spain midfielder Thiago then scored his first Reds goal in added time to hand Klopp his 100th win at Anfield in all competitions.

It will also have pleased the German manager that his side earned a clean sheet despite the inexperienced Nathaniel Phillips and Rhys Williams forming their centre-back pairing.