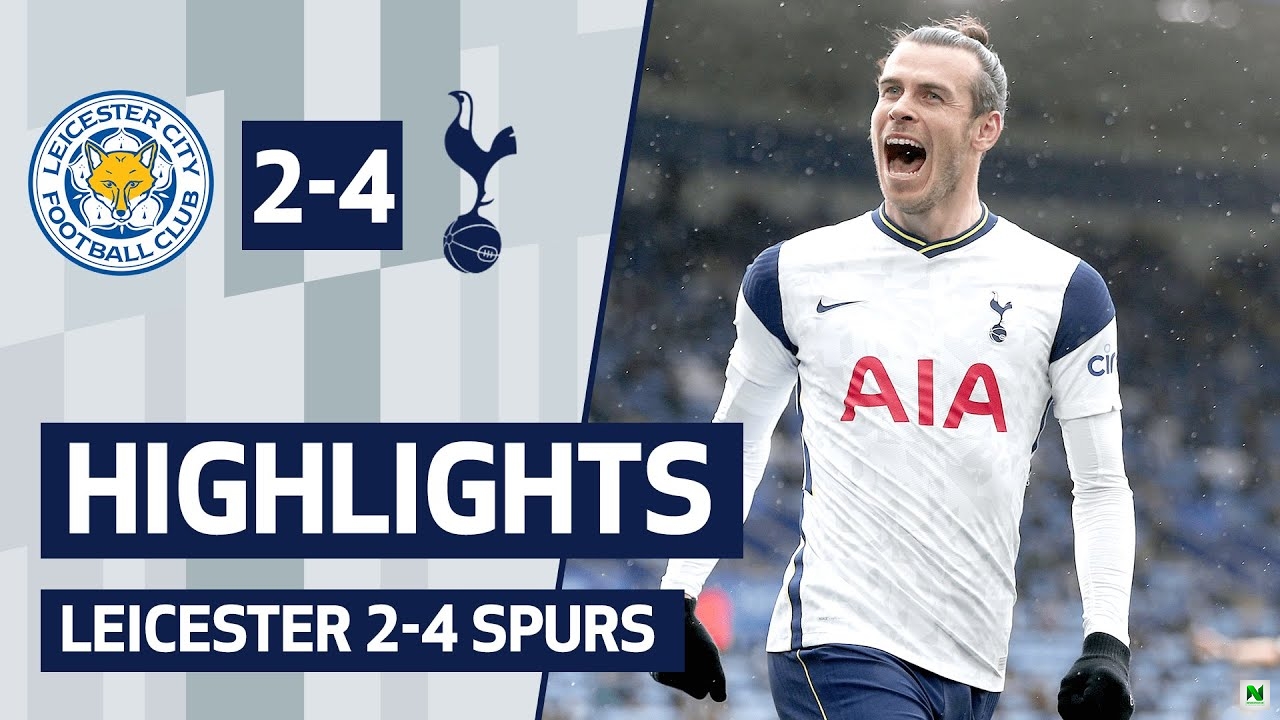 Three goals in the second half, including a brace by Gareth Bale, saw Spurs come from behind to salvage the season and qualify for European football by the final score of 4-2.

Ryan Mason’s final selection of the season raised some eyebrow as Giovani Lo Celso, Tanguy Ndombele, Serge Aurier and Moussa Sissoko were all missing from the full squad. IN the build to the match, it was reported that Aurier was injured and the other three were not fit enough for selection. Mason opted to send Eric Dier to the bench and start Davinson Sanchez in the back line. Pierre-Emile Hojbjerg and Harry Winks started in the pivot with the attacking group of Dele, Steven Bergwijn, Son Heung-Min and Harry Kane up front.

Spurs started brightly in the opening minutes of the match, working the ball into the attacking third on a couple of occasions before Leicester had some opportunity. There wasn’t a clear scoring chance for either side but Anthony Taylor and VAR ended that in the 17th minute as Jamie Vardy was taken down by Toby Alderweireld in the penalty area. Taylor went to the monitor and confirmed the penalty, which Vardy buried to make it 1-0 early on.

After a few minutes of possession exchange following the goal, Spurs started to control the match with possession. They earned a corner kick and managed to get into the attacking third a couple more times, trying to unlock the shuffled Leicester defense after Wesley Fofana went out due to an injury.

Leicester were up to the task, defending well and keep Spurs at arm’s length to break up any attack. The Foxes had a decent chance to double their lead in the 36th minute on a long distance shot from Kelechi Iheanacho, but Hugo Lloris was able to gather it rather easily to end the attack.

Spurs missed a golden opportunity in the 38th minute on a lovely ball over the top to Son that left the Leicester back line standing. The Korean International’s first touch was a bad one, though, and he couldn’t poke the ball to Harry Kane to try and get a shot off. It felt like Spurs were knocking on the door and, indeed, they were.

In the 41st minute, Spurs earned a corner kick that led to a distance shot that was deflected. Son gathered it near the touch line and flipped the ball over the crowd to find Kane. The England captain one-timed a volley to blast it past a diving Kasper Schmeichel to level the score at one goal each.

The second half picked up where the first one left off as both sides pushed for a goal, knowing a draw meant nothing. In the 52nd minute, Jamie Vardy and Davinson Sanchez got tied up at the top of the penalty area. Taylor came up with a penalty call and VAR confirmed it, but the replay sure looked like Vardy tied his arm up with Sanchez and was looking to go down. It didn’t matter and Vardy buried the ensuing penalty to make it 2-1.

To Spurs credit, they came back almost immediately by pushing for net. Kane and Son broke toward Leicester’s net. Son drifted wide and was wide open but Kane opted to move to his left food and take a shot but the strike wasn’t true and never threatened Schmeichel.