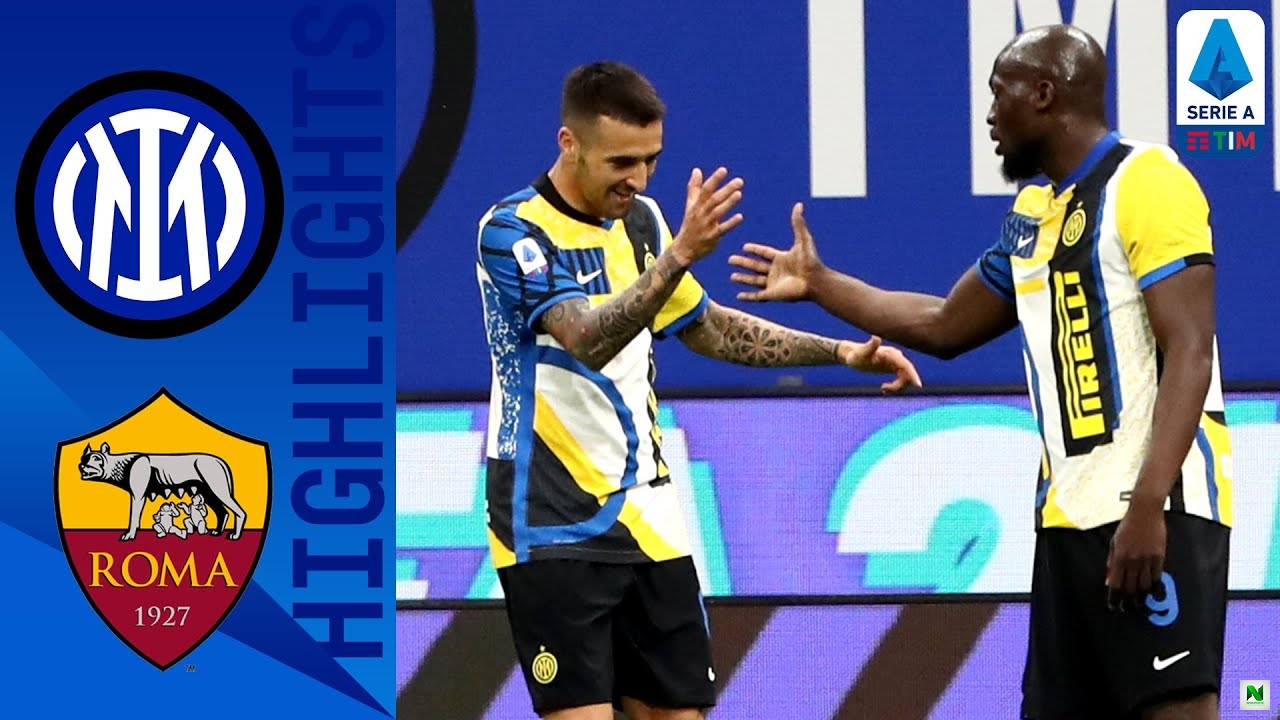 Inter Milan began the evening wearing kits that were entirely inappropriate for the current global mood, but some would say that’s the point. At the other end of the pitch, Roma just wanted to acquit themselves with a decent performance. But conceding an 11th-minute opener to Marcelo Brozovic didn’t help that aim. And then Gianluca Mancini began Inter’s second goal with inventive play that was just as good as Mancini’s final action on the sequence of play was bad.

A great Mancini pass should have found Cristante free in space between the lines, but Cristante wasn’t at the races and it was left to Nicolo Barella—with all the time and space in the world—to launch Inter’s counter. By the time Lukaku laid the ball back to Vecino for 2-0, the little turn and skip in the air from Mancini was just hopeless. But Roma weren’t ready to count themselves out of the game just yet.

Henrikh Mkhitaryan showed good movement around Inter’s box and benefited from excellent Dzeko link-up play between the lines that assisted Mkhi through to putting one past Inter’s Radu. Roma went into half-time pondering if they could get something out of this game, and Fonseca’s second-half substitutions suggested he was convinced they could.

Try as Fonseca might, he sent on El Shaarawy, Villar, and other names to try and match the Inter bodies defending their 2-1 lead through the second half. El Shaarawy had a good performance keeping Roma upfield, and there were beautiful exchanges of play between Ebrima Darboe, Mkhitaryan, and Rick Karsdorp that created a lot of danger but no reward; least of all Inter squeezing their way out of Roma’s vice and scoring the third goal at the death.

The really sad part is Roma’s counter-pressing for Inter’s third goal was one of the few moments in this season that Roma players did everything well enough and, more importantly, did everything together as a team. And yet Achraf Hakimi, Romelu Lukaku and Inter Milan were just[i] better[/i].

Still, at least there was time for Gianluca Mancini to shut down Lautaro Martinez at the San Siro once again. Mancini’s overall performance may have been patchy but he’ll be looking to Lautaro whenever he needs a confidence boost in the Serie A calendar from now on. The glare that substitute Lautaro gave Antonio Conte, as the Inter Milan manager subbed his striker right back off again, said it all.