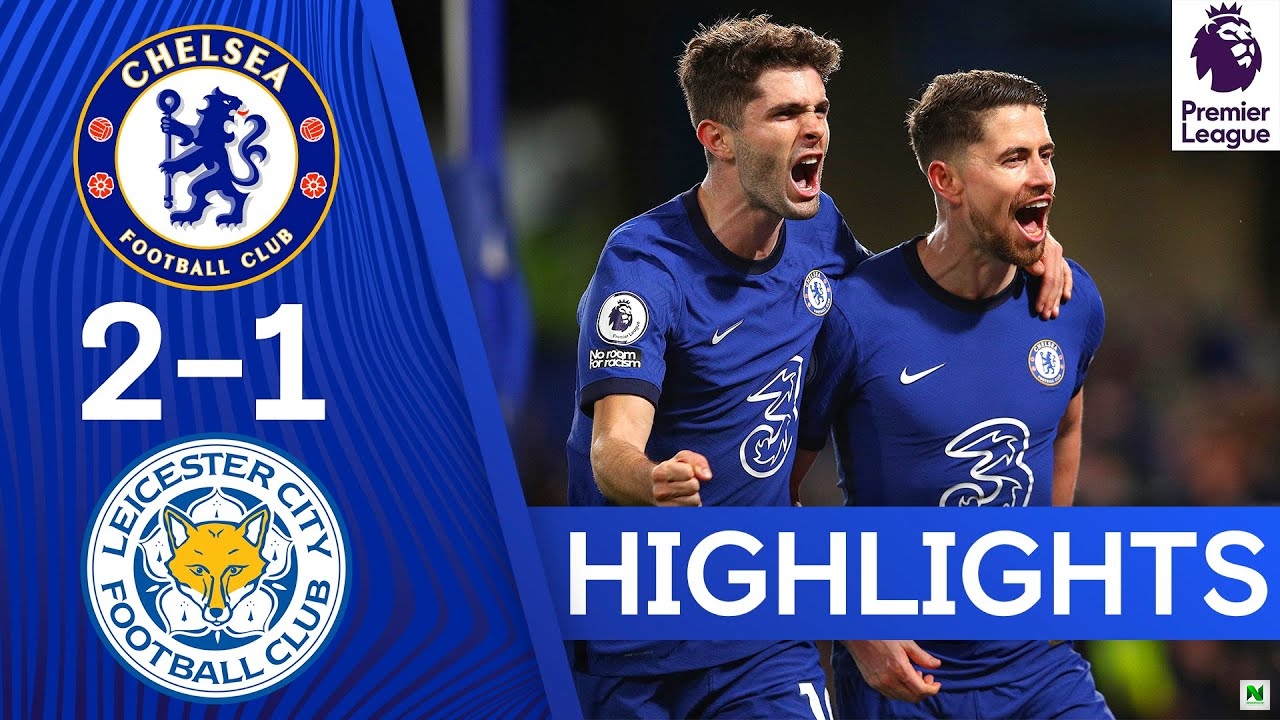 Chelsea beat Leicester City to boost their Champions League hopes - and leave the Foxes in danger of missing out.

Just three days after Leicester beat Chelsea 1-0 in the FA Cup final, Chelsea got some measure of revenge to win thanks to Antonio Rudiger and Jorginho goals in front of 8,000 fans.

Kelechi Iheanacho gave the Foxes hope but they did not create enough chances to deserve anything out of the game.

Chelseas win takes them up to third place in the table, while Liverpool could knock Leicester down to fifth place if they win at Burnley on Wednesday.

There was no doubt Thomas Tuchels side deserved their victory as Rudiger bundled home from close range from a corner.

Jorginho put the game beyond doubt with a penalty after Wesley Fofana clipped Timo Werner.

They had been unlucky not to be ahead at the break as Werner had a penalty appeal controversially turned down and two goals disallowed.

Iheanachos goal after good pressure from Wilfred Ndidi was not enough for Leicester, who now need to score at least three goals against Tottenham Hotspur on the final day or hope for Liverpool to drop points.

There was a late melee, with most of the players and the benches involved too - with Leicesters Ricardo Pereira and unused substitute Daniel Amartey booked.